In Digital Photography ISO measures the sensitivity of the image sensor. The lower the number is the less sensitive your camera is to light and the finer the grain. Higher ISO settings are generally used in darker situations to get faster shutter speeds.

Abbreviation of ISO stands for International Standards Organization, and it is also a standardized industry scale for measuring sensitivity to light. More commonly today, it pertains to the sensitivity of a digital image sensor.

In the above ISO Speed Example, if your camera sensor needed an exactly ½ second to capture a scene at ISO 100, simply by switching to ISO 3200, you can capture the same scene at 1/60th of a second! That can mean a lot in photography, since it allows you to shoot at higher shutter speed, so it can help to avoid camera shake or motion blur. 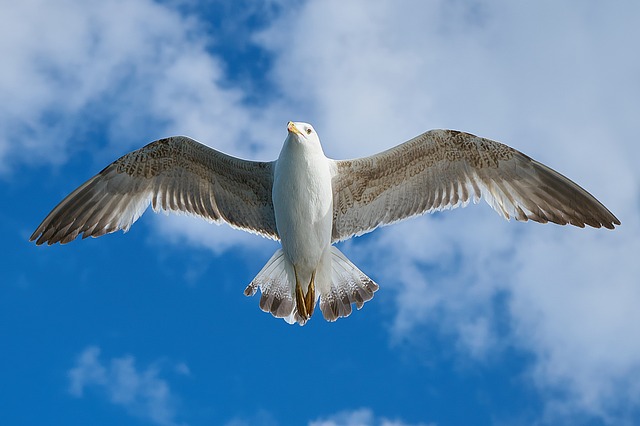 The camera sensor needed 1/5000th of a second to fully freeze the birds while they were in flight. Now, what would have happened if I used ISO 100 on my camera instead? My sensor would have needed 8 times more time to capture the same scene, which is 1/625th of a second. At that speed, I would have introduced motion blur into my picture, because the birds were moving faster than that speed.

In digital cameras, raising the ISO means a decrease in photo quality, with an increase in what’s called “noise.” It’s the digital equivalent of grain.

There are some factors that affect the noise level in photos:

The sensor collects light via very tiny buckets called “photosites”, which later become pixels in the final digital image. The size of the photosites plays a big role on the amount of noise that is present in the image. Generally, the smaller the photosite, the noisier the image gets. A high pixel density (smaller photosite) can create even worth noise if it combined with a small size sensor. Smaller sensors with a large number of pixels generally produce noisier images.

The higher your camera’s ISO is set, the more likely you are to encounter noise. There are two distinct primary types of digital noise:

When to use low ISO

As a general rule always you should stick to the lowest ISO of your camera, which is typically ISO 100 or 200, whenever possible. When there is plenty of light, you should use the lowest ISO to retain the most amount of detail and to have the highest image quality.

If you’re shooting an image that doesn’t require a large depth-of-field, you can increase the aperture (thus allowing more light into the lens) and use a lower ISO.

If you’re shooting with artificial light, such as a flash, you can typically get away with a lower ISO setting.

When to use high ISO

You should increase the ISO when there is not enough light for the camera to be able to quickly capture an image. Like in Art Galleries, Churches, and Concerts halls, the light situation is low and they have strict rules against using a flash. 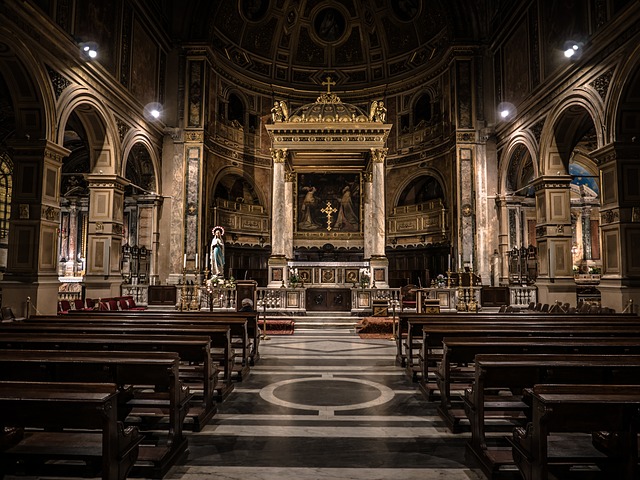 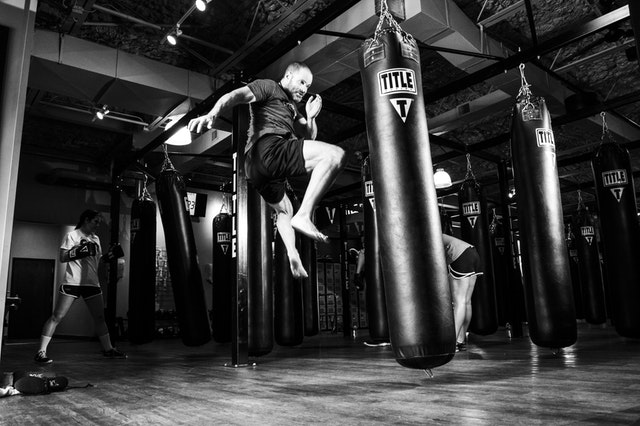 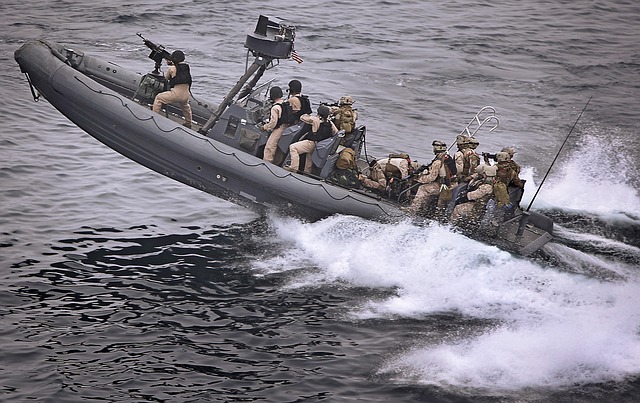 You might want to increase ISO is when you need to get ultra-fast shots, like shooting flying bird picture, fast moving cars, and fast moving boats.

What is Auto ISO?

Photographers are constantly doing a balancing act. They want to keep their ISO low for high-quality images (low noise), but also they need a fast enough shutter speed to get a sharp picture.

Auto ISO was introduced into digital cameras several years ago to help photographers manage that balance. Turning on that feature allows the camera to push the ISO up when it decides the shutter speed is getting too low for a good picture. The below photo shows the Auto ISO menu in a modern Canon camera. 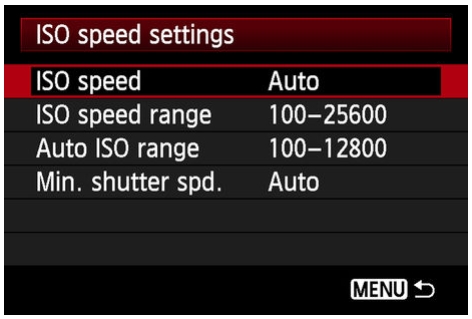 The following features are added to some modern cameras:

Auto ISO would let the photographer work at higher ISOs indoors and seamlessly switch to lower ISOs outside. It is also very helpful when lighting is changing radically during shooting.

How to deal with Noise

Most modern DSL offer some built-in Noise reduction feature. The photo below shows the menu of the NR feature. 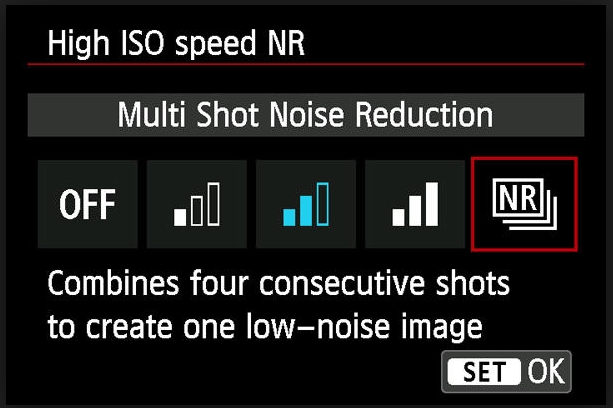 If like me and the majority of photographers do not use the camera manufacturer’s editing software, chances are the NR information is not being used and therefore it is useless to turn it on at the first place.

If your camera doesn’t have noise reduction built in, or you prefer shooting in RAW and adjusting the noise levels later, use your editing software. The advantage of using noise reduction software over in-camera noise reduction is that you have more powerful tools such as reducing grain selectively to parts of the picture where it’s needed while leaving other areas alone.

ISO is an important aspect of digital photography.  If you want to gain more control of your digital camera, you should have an understanding of all parts of the exposure triangles, i.e. shutter speed, aperture, and ISO. You have to Experiment with different settings and how they impact your images.

Thanks for reading my article, hope you find what you are looking for. If you have any questions, please drop it down and I’ll be glad to answer it.

In case you like the site, don’t forget to subscribe, we will notify you if new stuff is posted.