Artistic abstract photography is a method of expressing ideas and emotions with photographed image elements without the intention of creating a traditional or realistic image. Abstract Photography is created by avoiding and going beyond the usual representations of an object, scene, or any particular element, it almost breaks and overlooks all the well-known photography rules and compositions.  It reveals details that are normally ignored by normal shots and triggers the viewer’s imagination. To illustrate the concepts, I think that there is nothing better than showing you some sample photos of abstract photography.

What is Abstract Photography?

It is shooting a subject (which could be an object we use in our daily life) and directing the viewer to look at it in a different way. This may cause the subject to lose its original meaning or purpose. It may even render the subject unreal, abnormal, and not of this world. The subject could lose all literal meaning and be reduced to only shape, light, texture, or color. The photos are created entirely for the purpose of art.

Abstract photography, ( as defined in Wikipedia) is sometimes called non-objective, experimental, conceptual, or concrete photography, is a means of depicting a visual image that does not have an immediate association with the object world and that has been created through the use of photographic equipment, processes or materials. An abstract photograph may isolate a fragment of a natural scene in order to remove its inherent context from the viewer, it may be purposely staged to create a seemingly unreal appearance from real objects, or it may involve the use of color, light, shadow, texture, shape and/or form to convey a feeling, sensation or impression. The image may be produced using traditional photographic equipment like a camera, darkroom, or computer, or it may be created without using a camera by directly manipulating film, paper, or other photographic media, including digital presentations.

Some of the earliest images of what may be called abstract photography appeared within the first decade after the invention of the craft. In 1842 John William Draper created images with a spectroscope, which dispersed light rays into a then previously unrecorded visible pattern.

The first publicly exhibited images that are now recognized as abstract photographs were a series called Symmetrical Patterns from Natural Forms, shown by Erwin Quedenfeldt in Cologne in 1914. Two years later Alvin Langdon Coburn began experimenting with a series he called Vortographs. During one six-week period in 1917, he took about two dozen photographs with a camera outfitted with a multi-faceted prism. The resulting images were purposely unrelated to the realities he saw and to his previous portraits and cityscapes.

In the 1920s and 1930s, there was a significant increase in the number of photographers who explored abstract imagery. In Europe, Prague became a center of avant-garde photography, with František Drtikol, Jaroslav Rössler, Josef Sudek and Jaromír Funke all creating photographs influenced by Cubism and Futurism. By the 1990s a new wave of photographers was exploring the possibilities of using computers to create new ways of creating photographs. Photographers such as Thomas Ruff, Barbara Kasten, Tom Friedman, and Carel Balth were creating works that combined photography, sculpture, printmaking and computer-generated images. 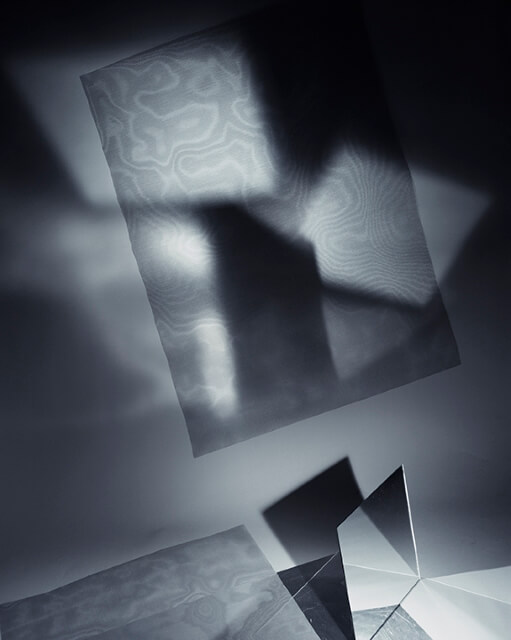 Once computers and photography software became widely available, the boundaries of abstract photography were expanded beyond the limits of film and chemistry into almost limitless dimensions. 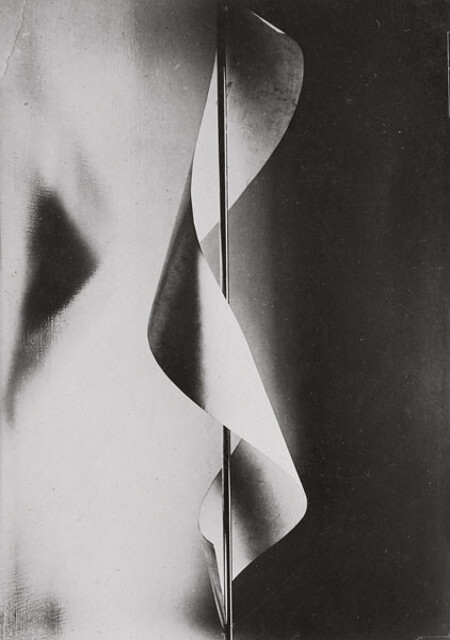 Differences between ABSTRACT and SURREAL Photography

Abstract photography gives you a different point of view, where often the entire subject is unseen. It focuses on details such as shape, form, color, pattern, and texture. Uniformity and symmetry found in nature, as well as architecture and mechanical design, can be great examples of how abstract photography focuses not on the subject, but on the detail. Abstraction can be a simple macro image without much concept or idea behind it. It is another viewpoint and perspective of an object. 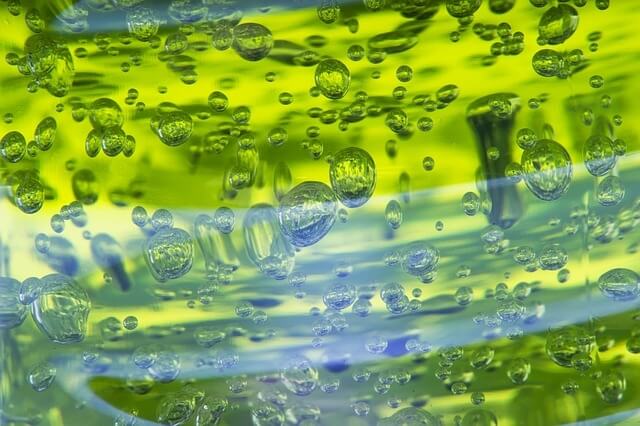 In contrast, surreal photography creates a new point of view through shocking juxtaposition and non-sequiturs. This type of photography generally requires editing images or the use of special effects to create these unexpected visuals. 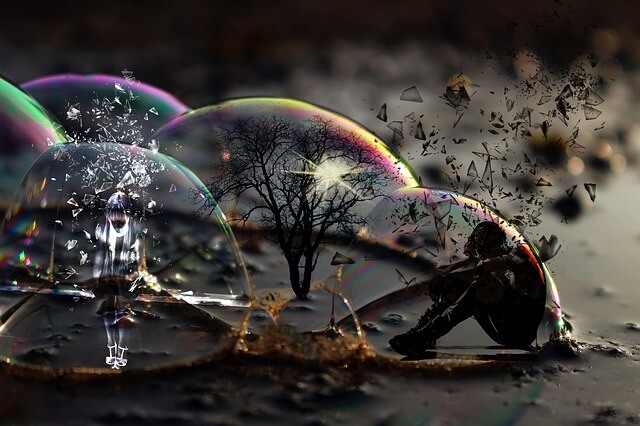 How to take an Abstract photo?

Get too close to your subject

As we get increasingly close to some subjects, the detail that was not apparent at regular viewing distance may emerge as an abstract photograph separate from the object photographed. 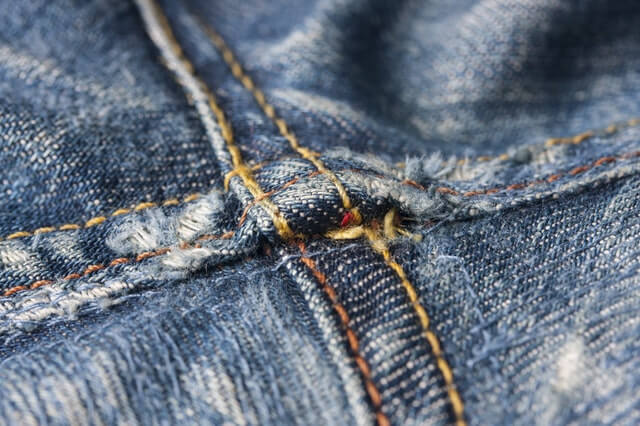 Get too far from your subject

As we move away from an object, we progressively lose information. This may become particularly pronounced at great distances like aerial photography where the view is minified as we rise above it. 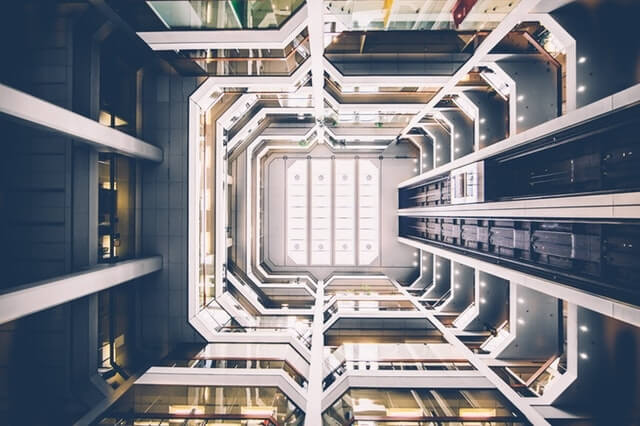 Shot a moving subject or move your camera

One way to create an abstract photograph is by using motion. This may be subject motion, photographer motion, camera motion, or a combination of any of the above.

Moving the camera while capturing an image turns the scene into something unimaginable. This technique is called ICM (Intentional Camera Movement) and it is used frequently in abstract photography. For example, one way is to pan your camera (Panning is the action of moving your camera horizontally, either left or right). You can capture some interesting results, especially when using a slow shutter speed; you need to set it to 1/20 of a second or less to capture the movement. 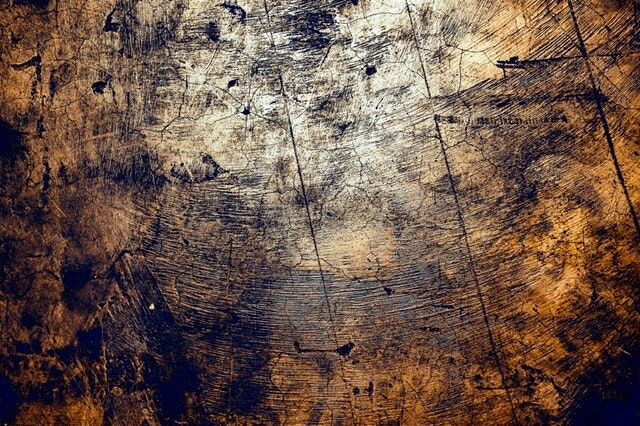 Another way to get the motion blur is using the Zooming Burst technique.  If you zoom into a subject while the shutter is open, you can create something very interesting. This technique blurs the surrounding area, as you focus on the subject. The subject in the middle of the frame tends to have the least amount of blur, whereas the edges of the frame will have the most. 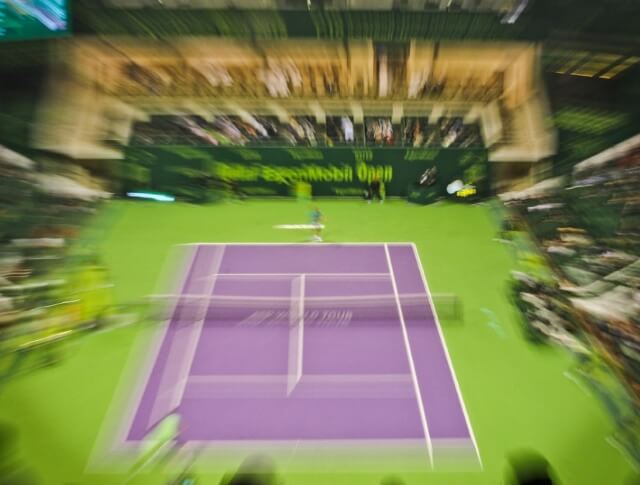 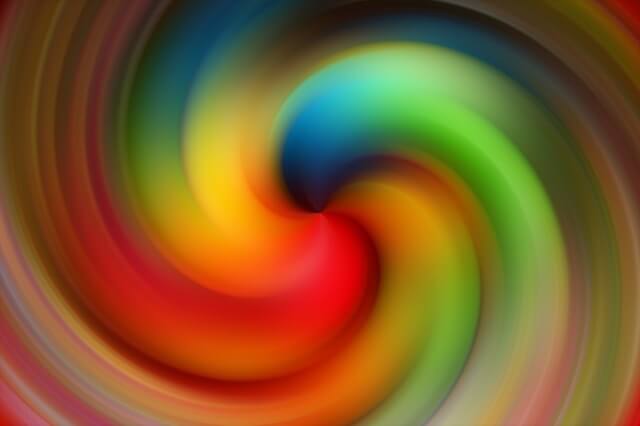 Using patterns as a compositional technique is a great way to get amazing abstract photos. Patterns add a lot of interest to your abstract photography. 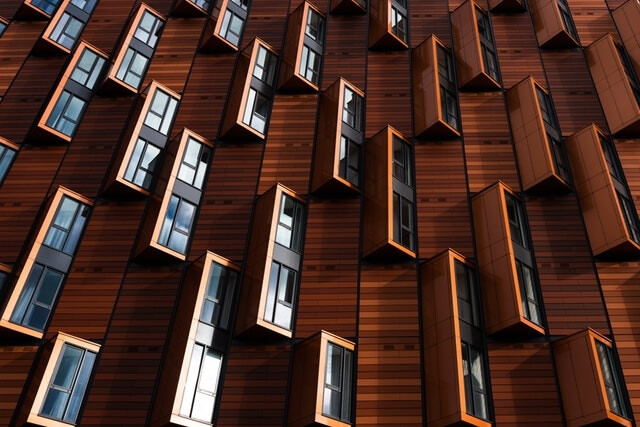 There is a special type of photography called the “Physiogram”, it is a photo of the light pattern captured during a long exposure photograph of a swinging light or lights. A physiogram is a type of light painting, so you will need to do this at night or in a room with no windows. The effect creates beautiful abstract patterns. 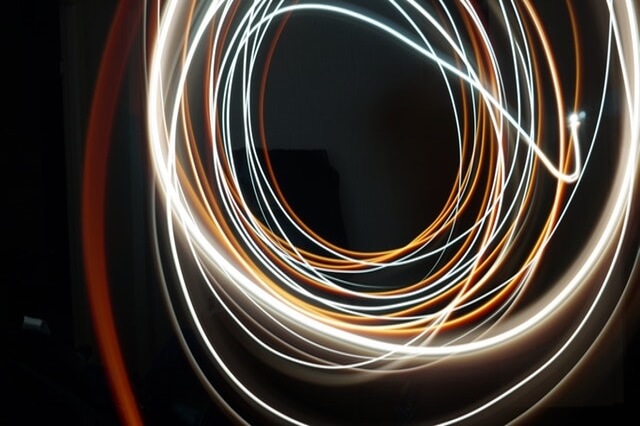 Use a creative composition

When looking at an object, you may recognize the possibility of an abstract photograph because some sections of it may present strong lines, texture, color, shape, or form, detached from the object itself. Either while you take the photograph by careful framing or in post-processing by careful cropping you may isolate the part that is of interest to you. 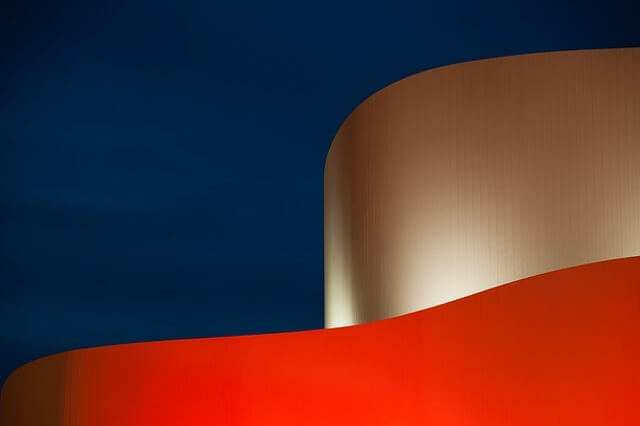 You can manipulate your lighting by changing its direction, or adjusting its power to allow for different effects that yield unique images.

You can emphasize a certain spots of your subject by placing a direct light source into this spot.

Placing a strong light source on one side can create strong shadows that will accentuate textures, also, you can try backlighting and silhouetting, which involves placing the light source behind the subject.

These are just some of the many ways that you can manipulate your lighting to create shadows or highlights that add depth, mystery, and interest to your images. 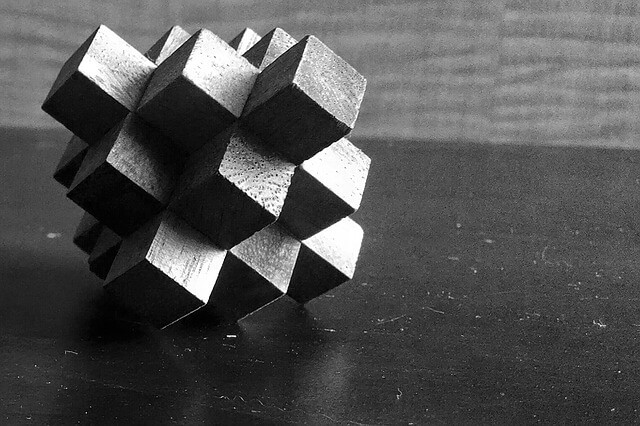 You got to feel free with the post-processing, and you have to remember that there’s no such thing as too much when adjusting the color or the contrast and so. Abstract photographers are encouraged to digitally improve their work later on, whether it’s through recoloring, cropping, reshaping, distorting, or flipping images. My recommended photo editing software is Luminar and Adobe Photoshop.