Have you ever needed to enlarge a photo before? I am sure you did. Most phone cameras are 12 megapixels, and many digital cameras are still in the 16-to-24-megapixel range. These megapixels seem adequate for many scenarios, like posting online or sending to a friend. However, if you want to make a large print to display on your wall, extra resolution helps to keep edges clean and details intact.

Even if you have a shiny new camera, what about those older pictures already in your catalog taken with a lower resolution model? Some of my favorite pictures were taken fifteen years ago using a camera with only 8 megapixels.

In this tutorial I will explain how to enlarge photos in Photoshop using its normal ways, then I will introduce to you the amazing new feature that has been added recently (2021), it is called Super Resolution.

Let us start by discussing some terms and definitions; the term resolution refers to the number of megapixels produced by an image sensor. It represents the amount of detail a camera can capture. For example, a 20 megapixels camera (often written as 20 MP) captures less detail than a camera with 30 megapixels. However, what is a megapixel mean? Moreover, how does it affect your ability to print and display photos?

I recommend checking out this website “clipping world” which is doing a great color correction service.

A pixel is the smallest picture element that your photo can be divided up into. A pixel can only be one color, and a photograph is made up of a grid of thousands of pixels, each of the different colors that together make up your image. You can see these pixels if you open a photo and zoom in until you see single blocks of color (as shown below). Each of these blocks is a pixel. 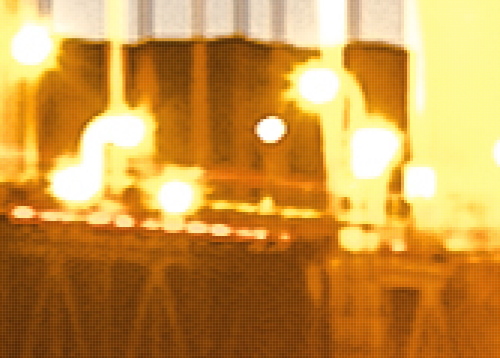 A megapixel is equal to 1,048,576 pixels; for simplicity, camera manufacturers round this number to 1,000,000. Let us take an example; my camera is Canon EOS 5D Mark IV, which can capture 30.4-megapixel images. Nevertheless, this number tells us nothing about the actual pixel dimensions of the image, it just tells us the total number of pixels that make up the image.

Image size is the term given to describe the height and width of an image in pixels. Now to check image size, I will use the following image as an example 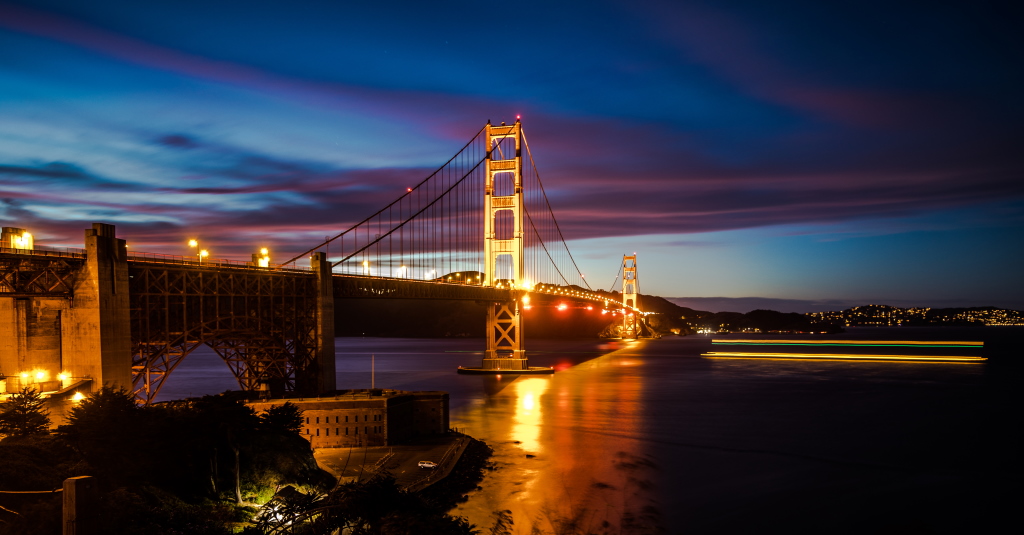 You can check the width and height of an image using Photoshop, just open the image, then choose File > File Info > Camera Data. The image below shows the resulting information dialog box. 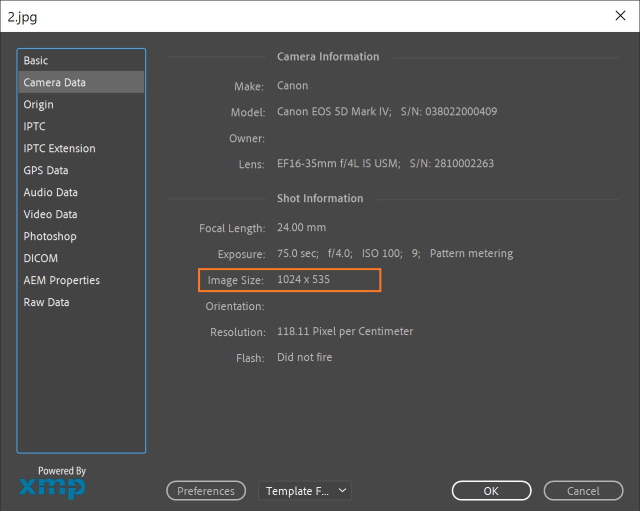 The file size of an image is the digital size of the image file, measured in kilobytes (K), megabytes (MB), or gigabytes (GB). File size depends on the following:

Images with more pixels may produce more detail at a given printed size, but they require more disk space to store and maybe slower to edit and print.

Image resolution thus becomes a compromise between image quality (capturing all the data you need) and file size.

Photographers will need to think about image resolution in the following situations:

Relationship between image size and resolution

In Photoshop, you can see the relationship between image size and resolution in the Image Size dialog box (choose Image > Image Size). 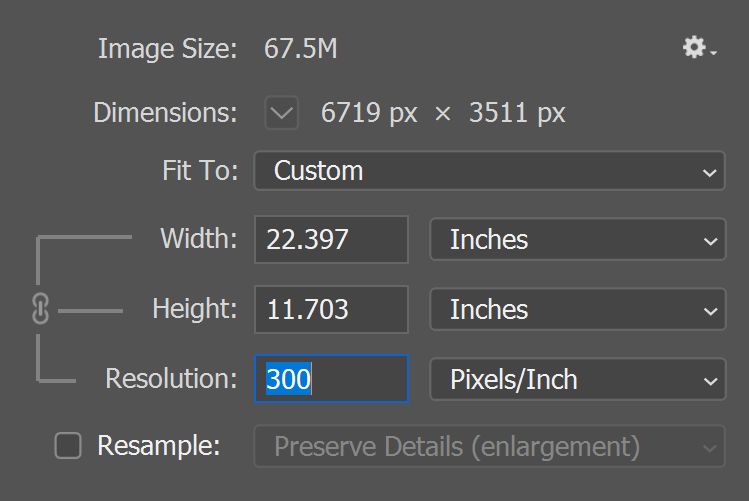 Make sure to deselect Resample Image, because you don’t want to change the amount of image data in your photo. Then change width by 200%, height by 200%, the resolution changes accordingly as shown below. Enlarging the image size to its duple will reduce the resolution to half. 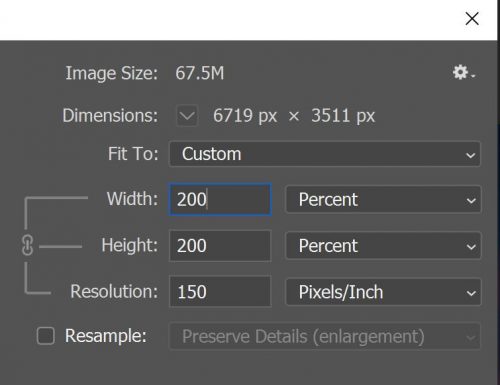 To find a way to keep the resolution as it is, when enlarging the image size, Photoshop introduced the resampling algorithm. Resampling is changing the amount of image data as you change either the pixel dimensions or the resolution of an image. When you downsample (reduce the image size, it decreases the number of pixels), information is deleted from the image.

When you resample up (enlarge the image size, it increases the number of pixels, or upsample), new pixels are added. You specify an interpolation method to determine how pixels are added or deleted.

How to enlarge the image without losing quality

Photoshop uses different algorithms to resample, i.e. to add new pixels to the image in order to enlarge it while keeping the same resolution. The following is a list of these algorithms:

Bicubic Smoother was the best upscaling method we had back in Photoshop CS6 and earlier, and it does an okay job. Bicubic Smoother tries to clean up any problems by smoothing out the entire image.

To explain how to enlarge a photo, I will use the following photo 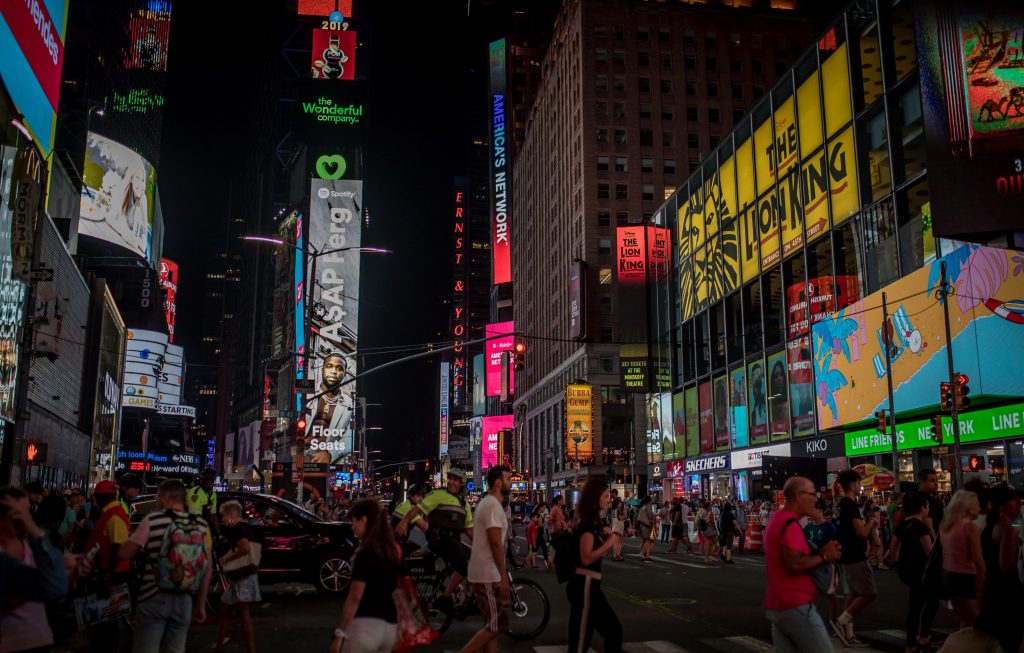 Open the photo in Photoshop, right-click on the background layer, and choose duplicate layer

The following window shows up

From Document, choose New. In addition, from Name give a name for the new document. Press O.K a new document is created. 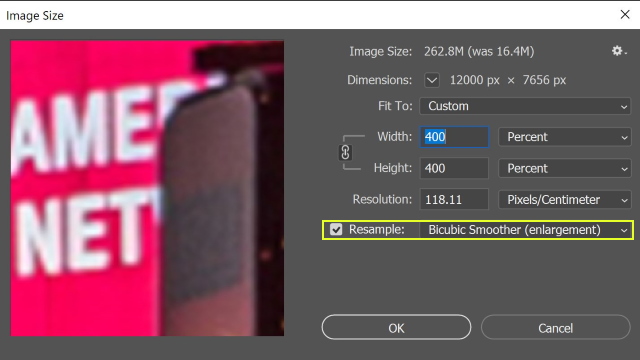 Type 400% for the width and choose the percent

To see the differences between the three methods, I repeated the above steps for the other two methods, and then I zoom in at 100% for the three photos that have been enlarged with different algorithms. The result is shown below 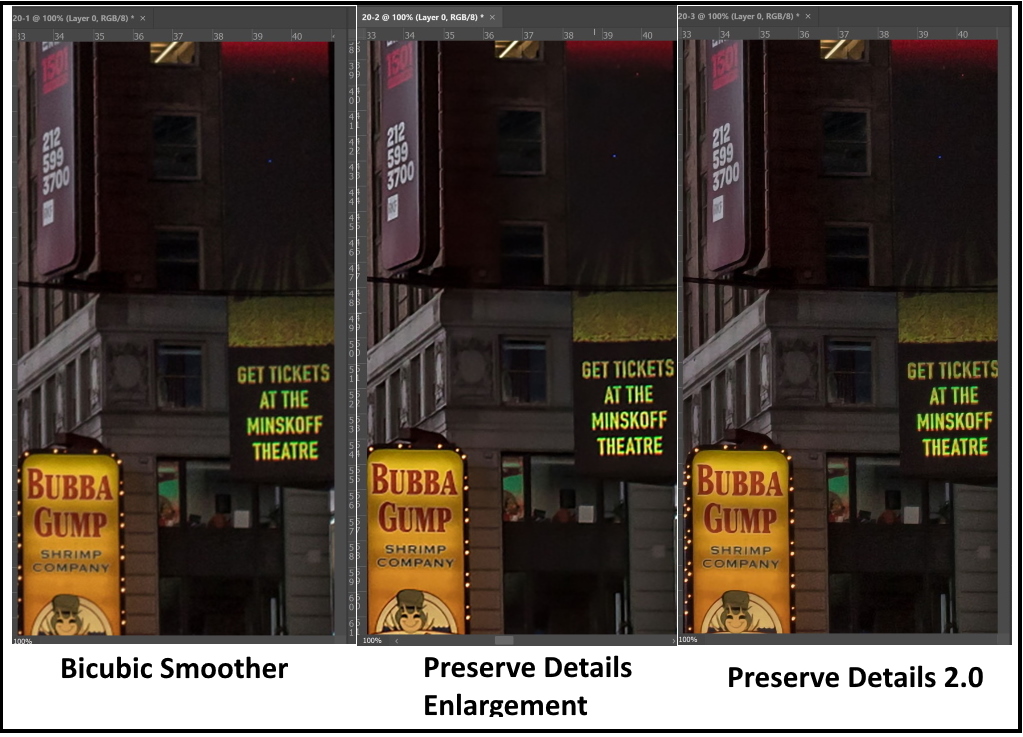 It is clear that Preserve Detail 2.0 gives the best.

I think it is obvious that you can apply some sharpness to the photo. If you need any information about sharpening photos, you may Click Here.

Super Resolution is a new feature that has been added to Camera Raw 13.2 in March 2021 and will be coming soon available to Lightroom and Lightroom Classic.

The term “Super Resolution” refers to the process of improving the quality of a photo by boosting its apparent resolution. Enlarging a photo often produces blurry details, but Super Resolution uses an advanced machine learning model trained on millions of photos. Backed by this vast training set, Super Resolution can intelligently enlarge photos while maintaining clean edges and preserving important details.

Super Resolution doubles the linear resolution of the photo. This means that the result will have twice the width and twice the height of the original photo, or four times the total pixel count, and keep the same resolution.

How to use Super Resolution

The super resolution feature can be applied to any photo file format, but it is better to use it in a Raw file format. 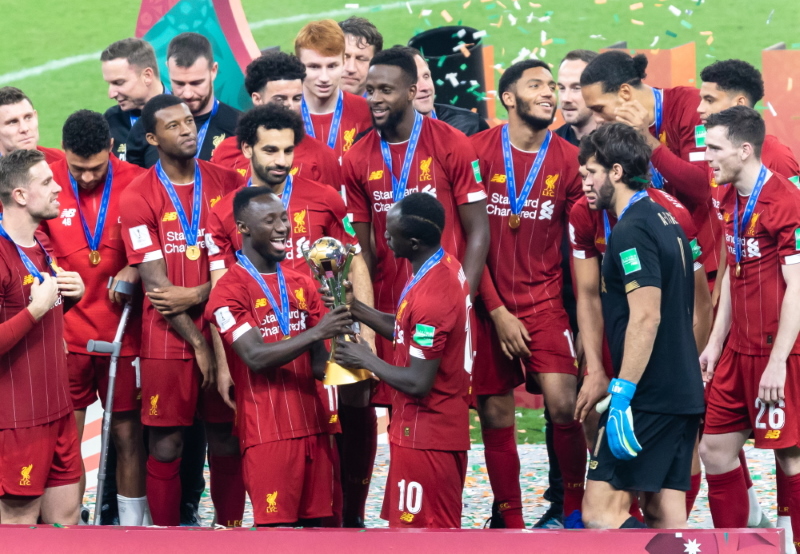 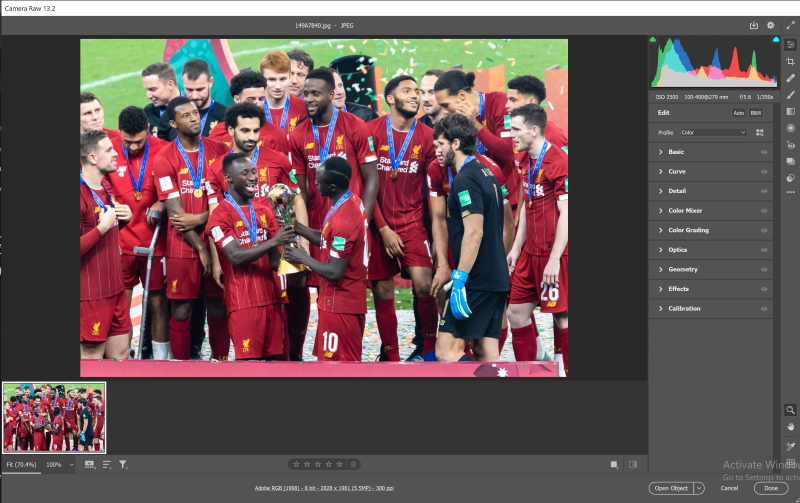 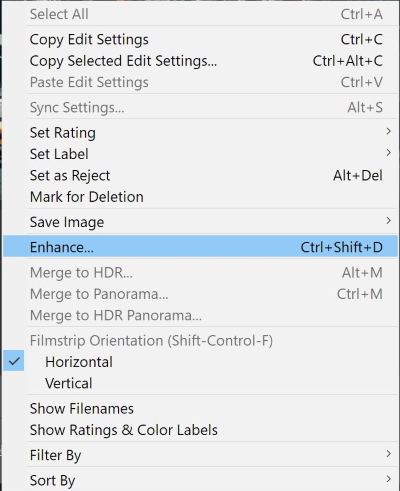 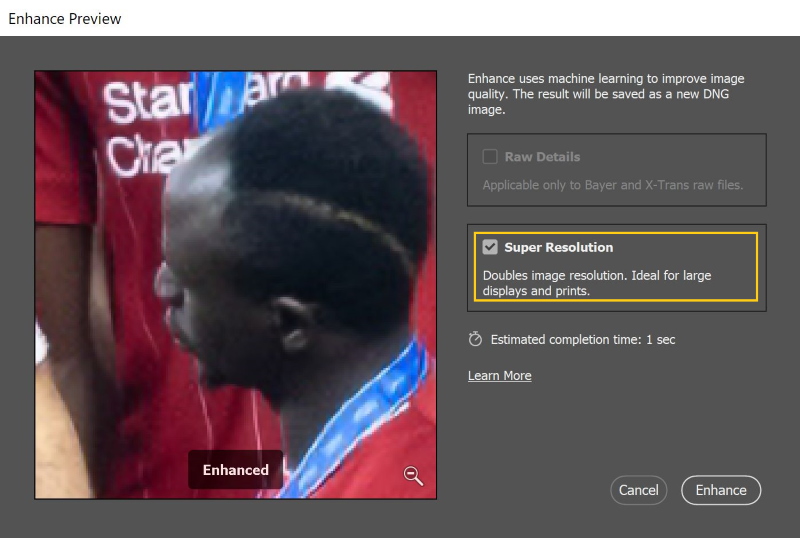 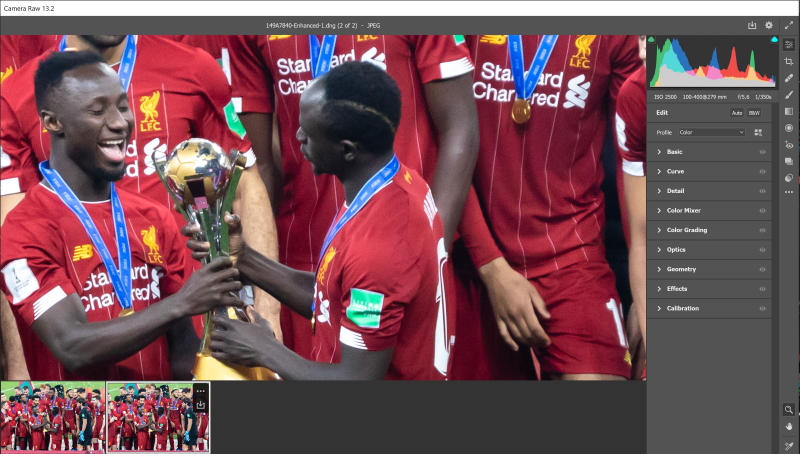 The comparison between the Bicubic Smoother and the Super Resolution method is shown below, It shows clearly that super resolution has done a much fantastic job. 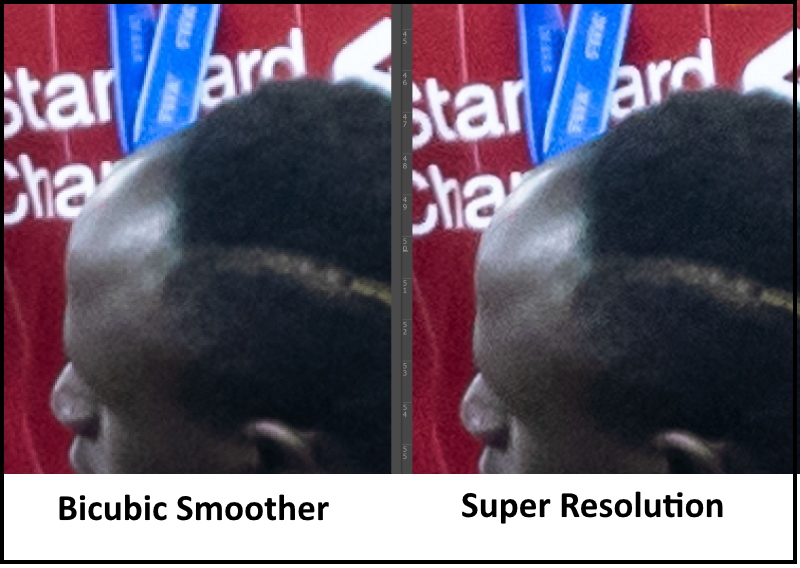 Think of photo enlargement and “super-resolution” as a new option for those special photos and print projects that really need it. Please, don’t be tempted to apply Super Resolution on all your photos! It can produce very large files, which take much bigger space on your computer disk

When applying the photo enlargement technique, use raw files whenever possible. If the source photo has artifacts, as often happens with highly compressed JPEGs or HEIC files, then these artifacts might become more visible.

Keep in mind that you need a faster GPU. Both Enhance Details and Super Resolution perform millions of calculations and benefit immensely from a fast GPU.

The featured image by Ehab Amin

Written By
Amin Hashem
More from Amin Hashem
Lens distortion is a common issue that appears when using a wide-angle...
Read More