Image stabilization system eliminates a very common problem: blurry photos induced by user movements (shaking, screen tap), or motion of the camera in general (maybe you’re mounting the camera on a bike/helmet or you are shooting from a moving car.).

Ultimately, small camera movements may result in blurry pictures, which is not only frustrating but also brings up the need to capture that picture or video once again to ensure that there’s no blur. IS certainly goes a long way in making our lives easier.

What is image stabilization?

Image stabilization technology uses both hardware and software inside the digital camera to minimize the effects of camera shake or vibration. A good image stabilization system must handle 5 types of expected movements of the camera. The following photo shows these movements. 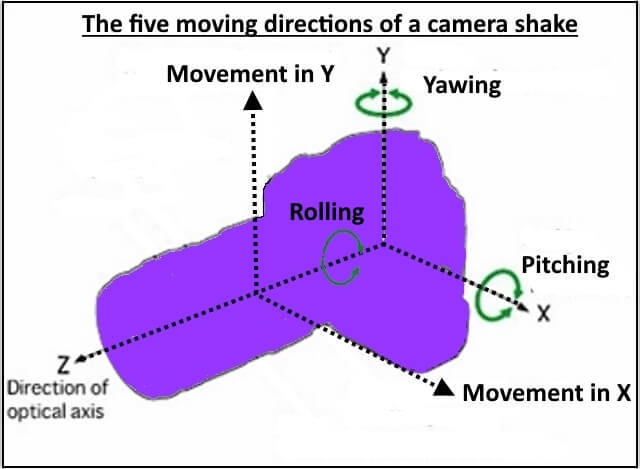 Camera blur is more pronounced when using a long zoom lens or when shooting in low-light conditions, where the camera’s shutter speed must be slower to allow more light to reach the camera’s image sensor. With a slower shutter speed, any vibration or shake occurring with the camera is magnified, sometimes causing blurry photos. Even the slightest movement of your hand or arm could cause a slight blur.

Using IS will not prevent every blurry photo, such as when your subject is moving too fast for the shutter speed that you’re using, this is normally called motion blur.

IS works well with correcting blur caused by the slight movement (shake) of your camera. Manufacturers estimate IS can allow you to shoot a couple of shutter speed settings slower than you could without IS.

The History of the Image Stabilization

Canon and Nikon started offering image stabilization on their digital cameras system at the first beginning of the digital era. Canon released its first IS lens in 1995, while Nikon’s first VR lens came out in 2000.

Konica Minolta (which was later acquired by Sony) was the first to offer sensor stabilization in its Minolta DiMAGE A1 camera and it was a matter of time until other companies started adopting sensor-based image stabilization.

When is it useful to use image stabilization?

Using the image stabilization system is very important in the following situations: 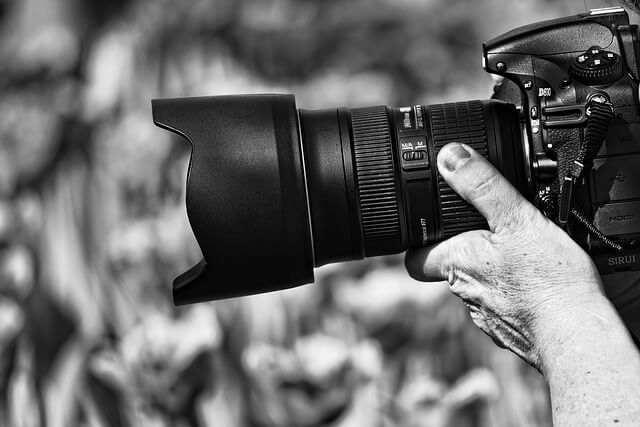 What are the types of image Stabilization?

Lens-based stabilization uses a floating lens element, which is electronically controlled and shifted opposite to any camera shake recorded by the camera. Some camera manufacturers call this type optical Image Stabilization (OIS)

This is done with the help of two gyro sensors inside the lens, one for yaw and one for pitch. These notice the angle and speed of any movement, and this information is fed to a microprocessor which computes the necessary adjustments needed to be made by the lens group. By doing so, the light’s angle of refraction is changed so that it hits the sensor in the right place.

Lens stabilization is more effective on long telephoto/super telephoto lenses than sensor stabilization because they require much bigger movements, moving a sensor a bigger distance is very difficult in case of in-camera stabilization.

Updated and newer lenses with (IS) cost much more than their non-IS counterparts. Nikon and Canon definitely charge a premium for image-stabilized lenses.

There are some lenses (such as Canon and Nikon prime and wide-angle lenses) are still not image-stabilized, they are waiting for the update.

The sensor stabilization system works the same way as the lens system, but will physically shift the image sensor rather the lens elements to compensate for these movements.

Also if a newer, more efficient way of image stabilization is invented, you only need to upgrade the camera, rather than updating all of your lenses.

Canon used lens-based image stabilization in its DSLRs camera, rather than applying the correction at the sensor level, and this is also the case in its mirrorless cameras. Using the lens image stabilization allows you to view the compensatory effects through optical viewfinders, which helps steady the view when composing images, and most current lenses promise correction of up to four stops. 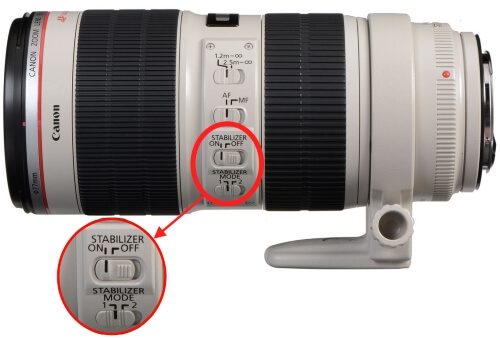 Canon IS lenses detect and compensate for angular camera shake over horizontal (yaw) and vertical (pitch) axes and compensate for this by moving elements inside the lens. A few years ago, however, it developed a Hybrid IS system that was capable of compensating for shift (up/down and side-to-side) movements too.

Many of its EF lenses designed for action photography offer the following image stabilization modes:

Many of these lenses also have the ability to sense when they’ are being used on a tripod, so that they can deactivate stabilization automatically.

Nikon has also used a lens-based system for image stabilization. It has the same advantage of being visible in the viewfinder when you’re composing images. 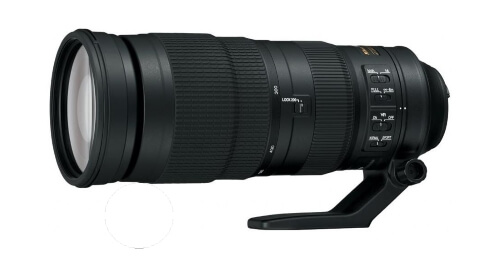 The compensation it offers varies between lens models and their age. Some, particularly those with Nikon’s first-generation VR system, typically offer around 2.5-3 stops, but those with second-generation VR may offer up to 4 or 4.5EV stops. Nikon Vibration reduction system offers the following modes: 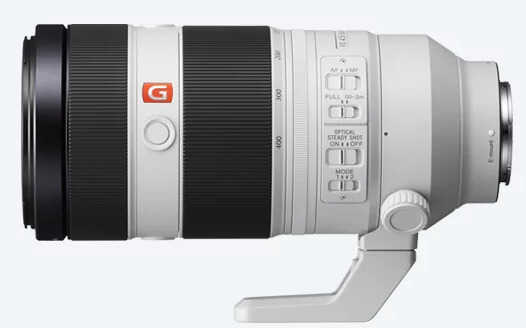 Today, the situation is a little different. Sony’s most recent compact system cameras provide five-axis compensation (yaw, pitch, roll and shifting across vertical and horizontal axes) at the sensor level, so you can use this with any lenses and benefit from this effect. 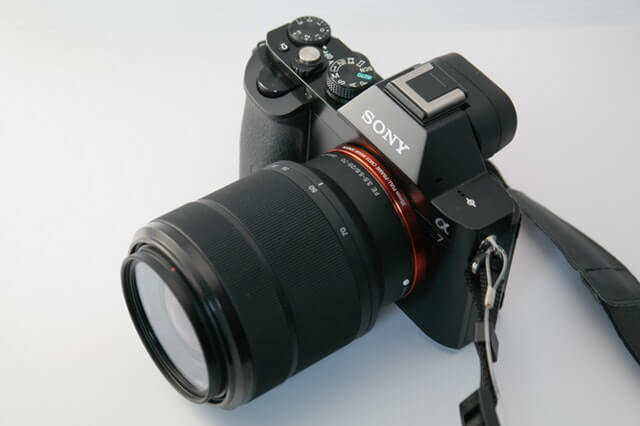 Fujifilm uses image stabilization system in its lenses rather than its camera bodies, and current models typically promise to have a compensatory effect of between 4-5 EV stops.

These lenses are marked ‘OIS’, and are available for both Fujifilm’s X-series of compact system cameras and its newer medium format system.

Olympus offers both sensor and lens image stabilization systems. Although the company has started to furnish its lenses with the technology in the last year the, the most recent bodies employ a five-axis stabilization system, which corrects for yaw, pitch, and roll movement, as well as shifting across vertical and horizontal axes. Not only can you get up to 5.5 stops as standard with the latest Olympus OM-D E-M1 II, but when you combine this with the M.Zuiko Digital ED 12-100mm f/4.0 IS Pro lens this increases to an incredible 6.5 stops.

Image stabilization is an important feature to have when you don’t have that much light, and you don’t want to bring a tripod everywhere you go, but it shouldn’t be the deal-breaker that determines your next camera or camera lens purchase. Luckily, most low-end zoom lenses and beginner digital SLR kits come with image stabilization these days, so it is kind of a moot point.

The best image stabilizer is your tripod. It is the safest bet when it comes to getting a blur-free image at slower shutter speeds. Although there is a big difference between a shot taken with image stabilization and one without it, there is an even bigger difference when you use a tripod. The second image would have been completely free of blur.

Written By
Amin Hashem
More from Amin Hashem
Sky Replacement is now easier than ever after the last update that...
Read More