We can generally consider a lens to be “wide angle” when its focal length is less than around 35 mm on a full frame camera. This translates into an angle of view which is greater than about 55° across your photo’s widest dimension. The definition of ultra-wide is a little fuzzier, but most agree that this realm begins with focal lengths somewhere around 20 to 24 mm and less.

In this post, I’m going to explain the Canon wide angle lens, its features, and how to take the best photos with it. Finally, I’ll recommend that you check my post “Best Wide Angle Lens for Canon” where you will find amazing lenses for both APS-C and full frame Canon cameras. 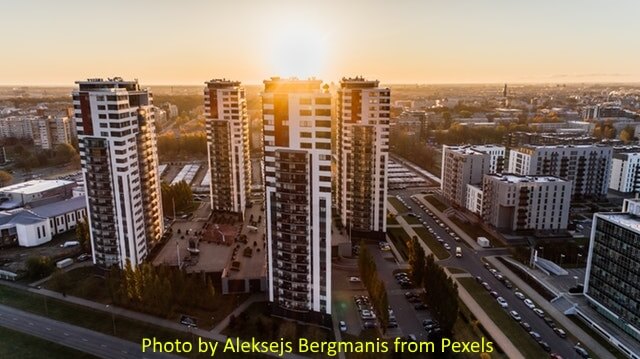 What is a wide-angle lens?

Lenses having a focal length or focal length range wider than 35mm on a full-frame camera can be considered wide-angle lenses, while lenses featuring focal lengths wider than 24mm can further be categorized into a subset known as “ultra-wide angle” lenses.

A wide-angle lens and sensor size

Because cameras with smaller sensors reduce the wide-angle effect, many manufacturers sell lenses with an even shorter focal length than normal, to compensate and give you a true wide-angle view.

Fisheye lenses also fall under the wide-angle lens category, but the difference lies in the barrel distortion and the perspective distortion. A fisheye is an ultra-wide-angle lens with an angle of view of around 100 to 180 degrees, and it produces a circular rather than a rectilinear image due to the visual distortion created by the lens.

Many wide-angle lenses are constructed to produce what is known as a “rectilinear” image. This means that straight lines are kept more or less straight in the final image, rather than being bent and distorted. However, with these types of lenses, subjects near the edge of the frame tend to be stretched unnaturally.

For super wide-angle lenses, such as fisheye lenses, this stretching becomes very noticeable and distracting, so manufacturers tend to use a “curvilinear” construction instead. Curvilinear lenses don’t have the same edge distortion than rectilinear lenses do, but instead, they cause straight lines to curve, an effect known as “barrel distortion”. 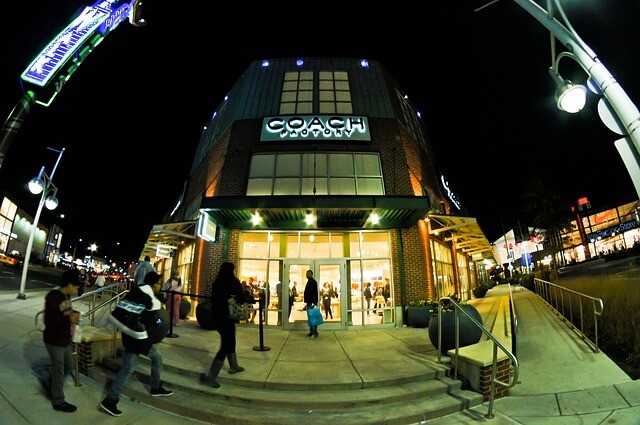 A wide lens with a focal length smaller than 35mm can capture a broader scope and larger area than a 35 mm lens. Because of their ability to capture that large area, wide-angle lenses affect your image’s perspective, perspective is what gives flat pictures a spatial (three-dimensional) quality.

Objects near the camera tend to appear larger, while objects in the distance appear extremely small, thus enhancing the perspective of the image.

When using a wide-angle lens, you’ll often be positioned very close to your subject. This makes foreground objects appear very large in the frame, and distant objects very small. For example, a slight movement of the camera, even one step forward, backward, left or right, can change the look and size of the objects close to you. Distant objects, however, are not affected. When taking pictures, keep in mind that subtle changes in camera angle and position can affect your image.

The exaggeration of the relative size of near objects can be used to add emphasis and detail to foreground objects, while still capturing expansive backgrounds. If you plan on using this effect to full impact, you’ll want to get as close as possible to the nearest subject in the scene. 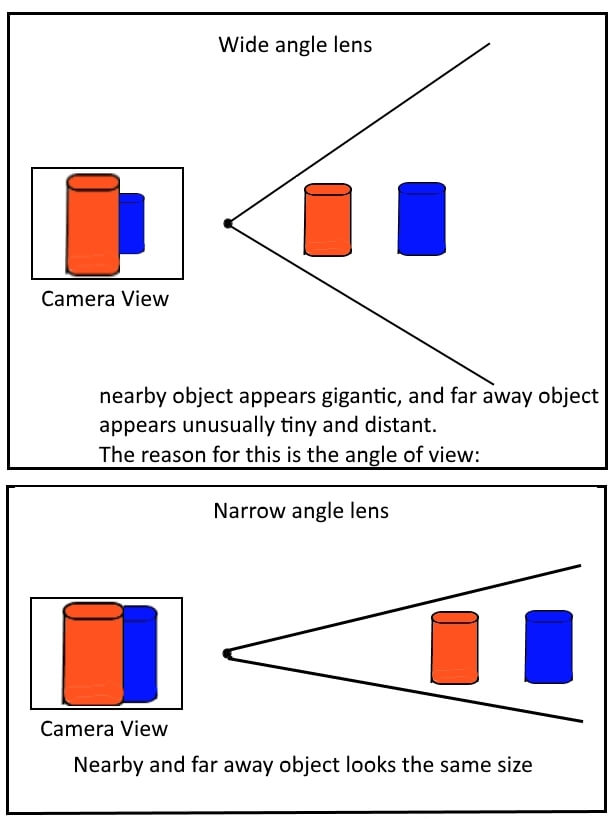 Wide-angle lenses also exaggerate the distance between objects, making subjects at moderate and far distances seem further away than they really are. 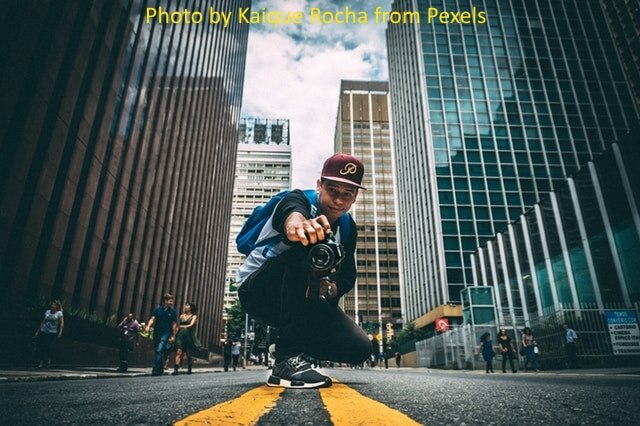 Because of the exaggerated difference in size between near and far objects, wide angle lenses tend to produce a distorted image, with subjects appearing elongated. For example, if you photograph a person’s face or animal head through a wide angle lens, their features will appear to bulge and bloat – interesting but not particularly flattering!

Whenever a wide-angle lens is pointed above or below the horizon, it will cause otherwise parallel vertical lines to appear as if they are converging. Any lens does this, even telephoto lenses, it’s just that a wider expanse of converging lines is visible with a wide angle lens. Converging verticals appear in photos when you photograph tall, square objects such as buildings at an angle looking up or down.

How to stop converging verticals from occurring in my photos?

The other effect of distortion is that the straight lines that cross the frame may appear not that straight. The farther from the image center the line crosses the frame the more it will be bent by the optics. Sometimes with a fisheye lens, it seems like a couple of lines create a circle around the lens. That’s how strongly a distortion can affect the scene in the photograph. 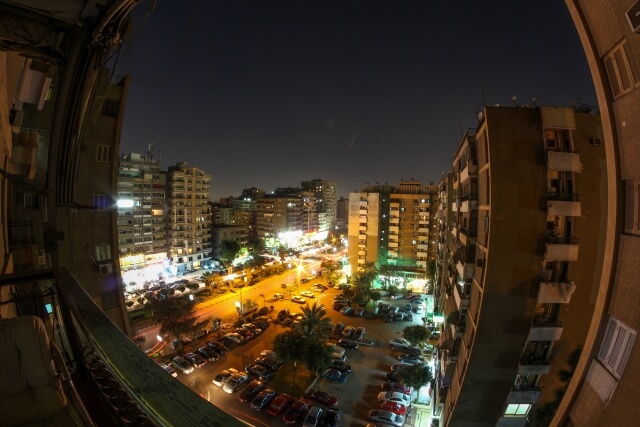 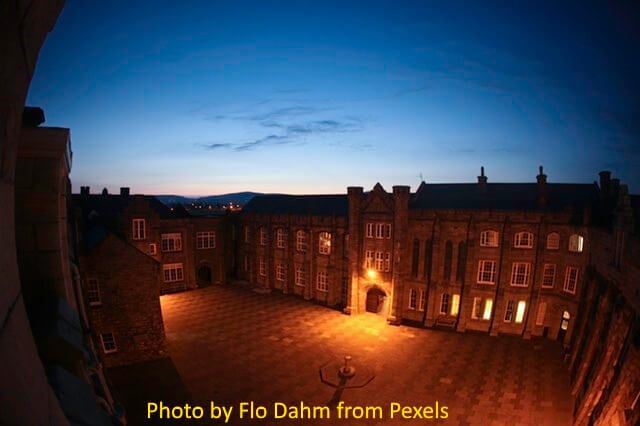 Factors to be considered when using a wide angle lens

Wide-angle lenses have a greater apparent depth of field because they cover a wider viewing angle. This makes them great for photographing scenes where you have subjects at different distances, such as a landscape with interesting subjects in the foreground and amazing background subjects, and want them all to be sharp.

As focal length moves down from 28 mm to 24 mm and 21 mm in the transition from wide-angle to super wide-angle, depth of field (the focused portion of a scene) becomes deeper.

Decreasing the aperture diameter further improves the depth of field, creating a pan-focus image focused on the entire range. This is another benefit of wide-angle lens photography; it’s also an effective way of preventing blurring and getting sharper images. 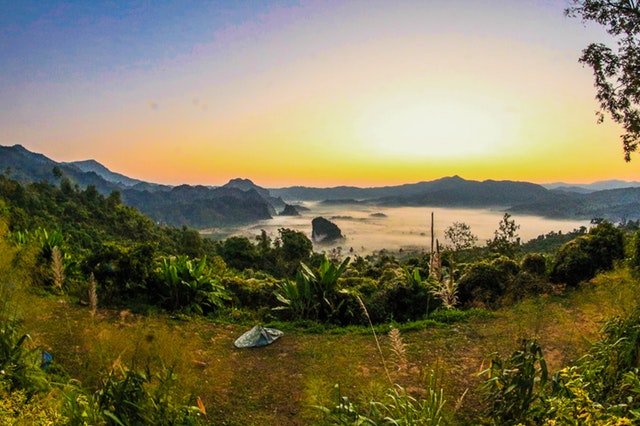 You should almost always avoid using a polarizing filter with a wide-angle lens. A key trait of a polarizer is that its influence varies depending on the angle of the subject relative to the sun. When you face your camera 90° from where the sun is coming from, you will maximize its effect; similarly, whenever you face your camera directly away from or into the sun, you will minimize the effect of a polarizer.

When using a polarizing filter with an ultra-wide-angle lens, one edge of your image frame might be nearly facing the sun, whereas the opposing edge might be facing 90° away from the sun. This means that you will be able to see the changing influence of your polarizer across a single photo, which is usually undesirable.

Avoid Lens flare, but don’t use a lens hood

Because of the wide-area covered, it is also common for the sun to be included in your shots, and this can lead to lens flare or incorrect exposure. Lens hoods aren’t a practical solution because they can block part of the view.

Most wide-angle lens manufacturers recognize this problem and build their lenses to minimize lens flare, but they are not perfect, so you should do your best to keep the sun out of the frame, or hide it behind something in the scene.

Check the Vignetting performance of your wide-angle length

A vignette is a darkening of the image towards the edges and corners. It is common in all wide-angle lenses, although it is particularly noticeable in the cheaper ones.

There’s no real way to avoid it, so it is important to try out any lens before buying, to see how much it is affected. Thankfully, modern software packages such as Photoshop have made it easy to remove this effect from digital photos. 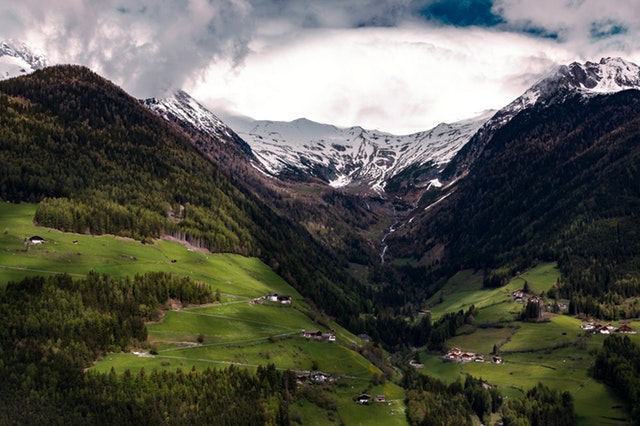 Best Lenses for Real Estate Photography – Choose the Right one!

What is Fisheye Lens – The full Guide

Fisheye Lenses for Canon – Top 5 You Need To Know

What is The Tilt-Shift Lens – Your Ultimate Guide

Thanks for reading, I hope you enjoyed the article and found what you are looking for.  If you have any questions just post below & I will be happy to answer you.

Written By
Amin Hashem
More from Amin Hashem
Color correction and color grade have often been used loosely for each...
Read More