In this tutorial, we will round up the best Sony cameras for all users. Because Sony is the leading manufacturers of mirrorless digital cameras, all our recommendations are from this unique camera type. Whether you’re a beginner, enthusiastic, or professional photographer, we’ve got options for you.

Digital cameras can be classified according to their design: DSLR and Mirrorless. The first, DSLR design is a well-known design, it depends on a moving mirror and an optical viewfinder. The second design, the mirrorless camera, dispenses the traditional optical viewfinder and the moving mirror in favor of an electronic viewfinder that reads data directly from the sensor. It generates an image for the user in both a small digital viewfinder and a larger screen on the back of the camera, and it allows for real-time exposure previews, fine-tuning of camera focus, and precise depth-of-field adjustment.

Digital cameras can also be classified into two categories with respect to their sensor type: full-frame and crop-framed, which refers to the size and quality of their sensors. Professional photographers tend to choose the full-frame cameras, while beginners and Enthusiastic Photographers are usually happy with the smaller cropped sensors in their cameras because of their affordable prices.

Back in 2010 Sony, the electronics giant was just starting its line of mirrorless cameras. Now, Sony has become one of the most dominant manufactures in the camera business. Its current lineup contains everything from compacts to super-pro-level mirrorless cameras with industry-leading sensors. Therefore, picking the best Sony camera is a challenge.

Luckily, Sony’s cameras lineup has a logical progression. Moreover, as long as you know what you’re looking for, there’s likely a body or camera in the mix that will suit your needs. 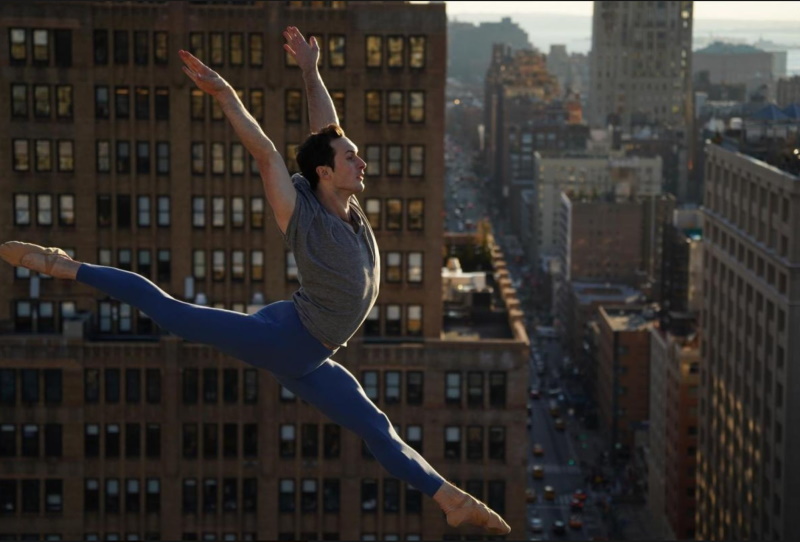 The best cheap beginner’s camera, a relatively older model at a fantastic price 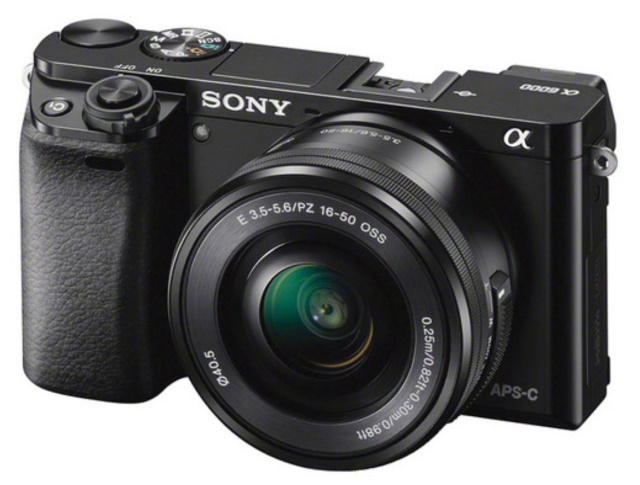 The α6000 is a super compact Mirrorless camera that’s about half the size and weight of a typical DSLR, yet it has the same size APS-C image sensor as most DSLRs. The interchangeable lenses and E-mount system make the α6000 more versatile than almost any other camera on the market.

The α6000 captures 11fps frames per second in continuous shooting mode with AF (Auto Focus) tracking by making the most of the wide-area 179-point phase-detection AF sensor.

Due to the newly developed Exmor CMOS sensor and BIONZ X processor, you get stunning detail in low light from ISO range 100 – 25000.

Wi-Fi connectivity allows you to control your camera with your compatible Smartphone or Tablet. You can transfer the images taken directly to your mobile device for quick editing and uploading.

The a6400 is well suited for both photo and video creators 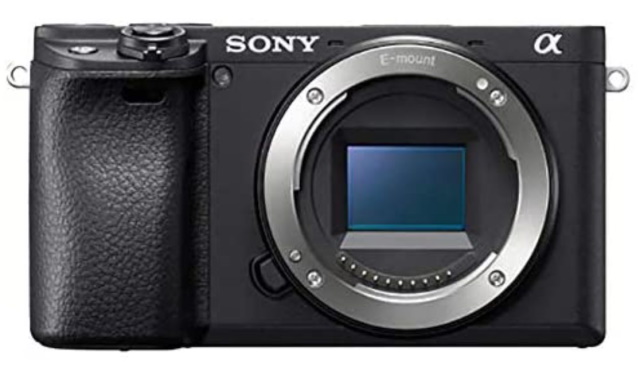 The Alpha a6400 from Sony is an APS-C-format mirrorless camera that adopts many of the features normally reserved for their full-frame lineup. It includes an autofocus acquisition of 0.02 seconds, Real-time Eye AF and Real-time Tracking capabilities, and high-speed shooting up to 11 fps and silent shooting up to 8 fps, both with AF/AE tracking.

It has an LCD touchscreen that tilts 180° up and 74° down and allows you to shoot UHD 4K movie recording with full pixel readout and no pixel binning, internal recording for time-lapse videos. 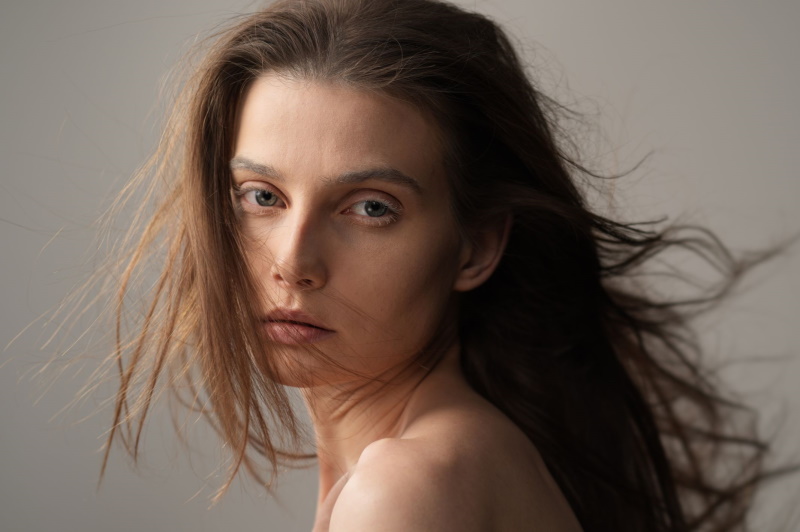 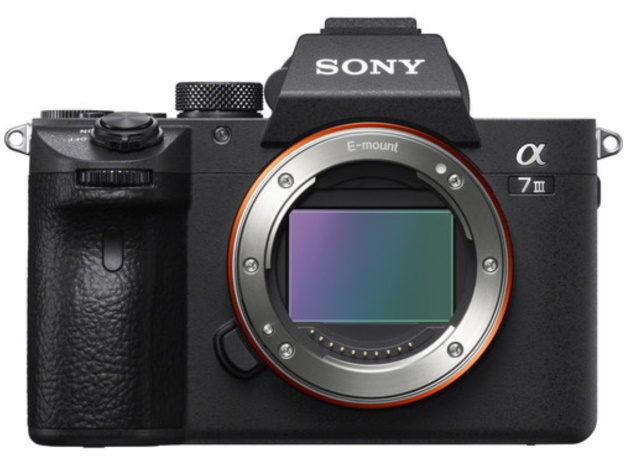 This full-frame mirrorless is a neat little package that performs well on almost everything across the board, so it’s a clear choice for one of the best Sony cameras. Key highlights include a 693 point phase-detection autofocus coverage, which can work all the way down to EV-3 for shooting in lowlight, highly detailed 4K movies with HDR, and it captures stills at a speedy 10FPS. Portrait shooters will love the Eye AF, which enables effective eye-tracking autofocus when capturing stills images and it even appeals to filmmakers thanks to the full-pixel readout 4K with Hybrid Log-Gamma for instant HDR workflow.

In addition to speed and AF, the processing improvements also help to realize greater image clarity and reduced noise throughout the sensitivity range from ISO 100-51200, which can further be expanded to ISO 50-204800.

The a7 III’s body design has also been revised to include a rear 3.0″ 922k-dot touchscreen LCD, which has a tilting design to better support working from high and low angles. 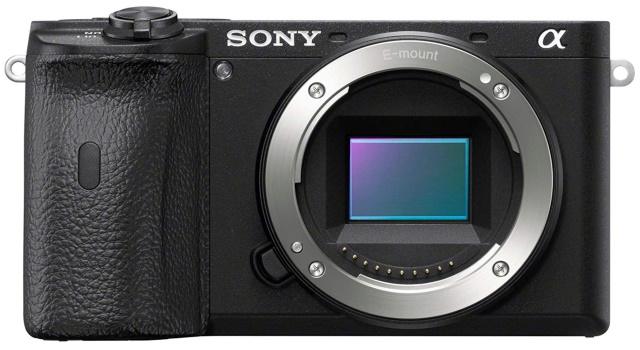 The Sony a6600 looks like an excellent camera for video and vlogging, and its stunning AF, in-body image stabilization, and large battery make it suitable for demanding stills photography.

The Sony A6600 is Sony’s latest and greatest offering in its popular A6000-series APS-C mirrorless cameras. Its 24.2MP sensor and BIONZ X image processor are nothing particularly special, but Sony has gone to town with the A6600’s advanced autofocus and subject tracking capabilities.

Other new, high-end features include a weather-sealed magnesium alloy body that conceals in-body sensor-shift image stabilization and a high-capacity battery.

This is also a camera targeted squarely at video and vlogging. It boasts 4K HDR capture with no restriction on recording length, along with an integrated microphone socket for enhanced audio clarity, plus a built-in headphone input for sound monitoring. 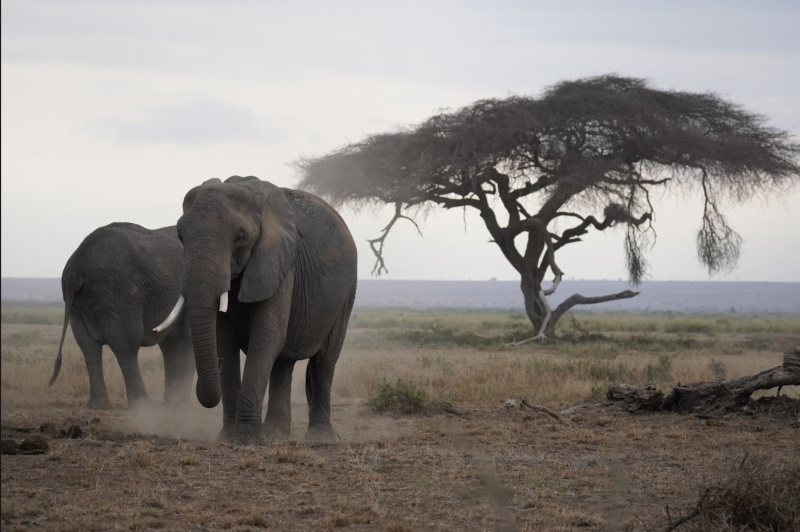 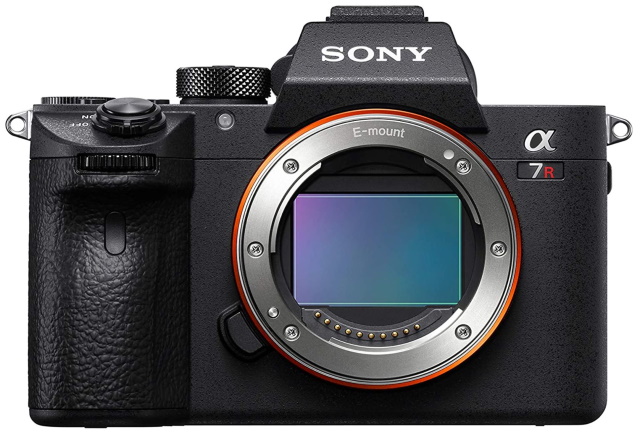 Moving to an even higher resolution realm, the Sony Alpha a7R IV continues the noteworthy series of highly capable full-frame cameras, characterized by impressive stills and video performance, and versatility.

This fourth edition of the a7R sees the inclusion of an updated 61MP Exmor R BSI CMOS sensor and enhanced BIONZ X image processor, which affords impressive imaging results with marked smoothness, a 15-stop dynamic range, and, of course, speed.

Up to 10 fps shooting is possible along with the ability to record UHD 4K30 video, both with support for Real-time Eye AF and Tracking AF technologies. The revised sensor design uses a Fast Hybrid AF System, with 567 phase-detection autofocus points, for notably fast and accurate focusing performance. Despite being such a high-resolution sensor.

It is also distinguished by its flexible native sensitivity range from ISO 100-32000 for working in a variety of lighting conditions.

Additionally, benefitting both stills and video operation, the a7R IV retains the 5-axis SteadyShot INSIDE sensor-shift image stabilization, which is effective to minimize the appearance of camera shake by up to 5.5 stops

Created specifically to support working professionals in the fields of sports photography and photojournalism. 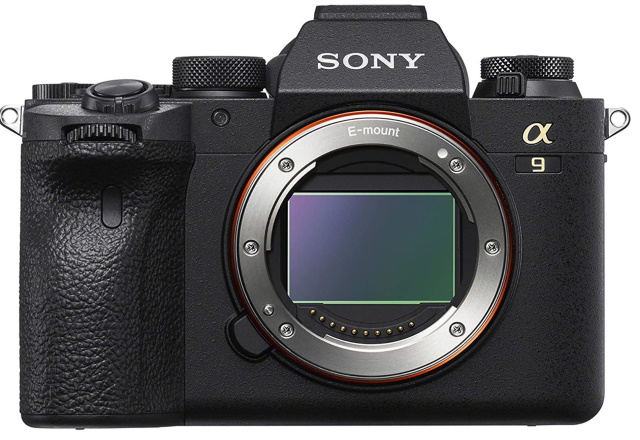 The second generation of speed, the Sony Alpha a9 II takes the impressive feature-set of its predecessor and adds enhanced connectivity, a refined body design, and even quicker performance.

Utilizing the proven 24.2MP full-frame Exmor RS BSI stacked CMOS sensor and an updated BIONZ X processor, the a9 II sports especially quick and responsive capabilities. Up to 20 fps shooting is possible with a silent electronic shutter or up to 10 fps with a mechanical shutter is supported, along with a wide sensitivity range that reaches up to an expanded ISO 204800.

The BIONZ X also performs up to 60 AF/AE functions per second to go along with the 20 fps shooting for reliable results in quickly changing situations.

In addition to stills, UHD 4K video recording is supported at up to 30 fps and Quick and Slow Motion recording is also available.

Additionally, 5-axis SteadyShot INSIDE sensor-shift image stabilization is available, too, which minimizes the appearance of camera shake by up to 5.5 stops.

The Sony Alpha 1 is the one camera designed to do it all. 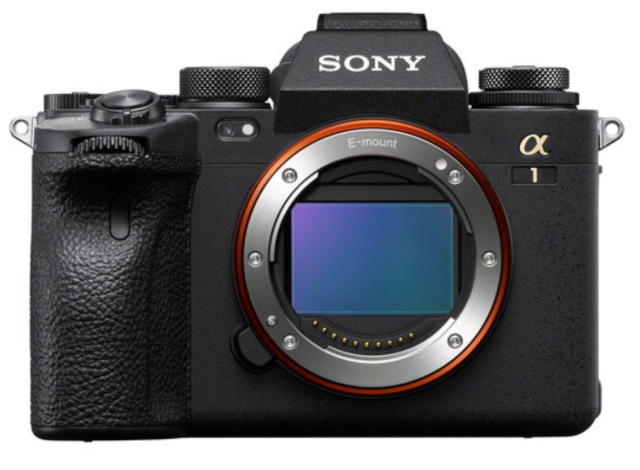 A flagship in the truest sense, the Sony Alpha 1 is the one camera designed to do it all. Built without compromise, this full-frame mirrorless offers high-resolution for stills shooting, impressive 8K video recording, speed and sensitivity, and connectivity for the most demanding professional workflows.

At its core, the Alpha 1, or a1, is distinguished by a newly designed 50.1MP full-frame Exmor RS BSI CMOS sensor and the BIONZ XR processing engine. Pairing the efficient stacked sensor design with optimized processing means the a1 is capable of 30 fps continuous shooting at full-resolution, 8K 30p, and 4K 120p 10-bit video recording, and still offers versatile sensitivity up to ISO 102400 for low-light shooting.

The sensor’s design also includes a 759-point Fast Hybrid AF system, which offers advanced subject tracking and Real-time Eye AF on humans and animals, even including a dedicated Bird Mode.

Despite the connotations of a high-resolution sensor, the a1 is a strong contender in the video arena, offering 8K and 4K recording resolutions along with full pixel readout, internal 4:2:2 10-bit sampling, and 16-bit raw output via the full-size HDMI.

No recording limit allows for extended takes and, matching with professional cine cameras, the a1 includes S-Cinetone support for smooth skin-tone rendering along with well-controlled highlights and soft colors.

What Is The Best DSLR Camera For A Beginner?

All Photos in this tutorial are accredited to Sony Photo Gallery

Written By
Amin Hashem
More from Amin Hashem
One of the basic Photoshop functions is to resize images for a...
Read More