Lens distortion is a common issue that appears when using a wide-angle lens. In some photos, the straight lines that shape the building or tower seemed to bow out and become curved at the edge of the frame. Subjects look disproportioned compared to real-life or buildings look like they are tipping. All that happened due to lens distortion.

The lens distortion occurs mostly in wide-angle lenses because the magnification of the image decreases the farther the subject is from the optical axis of the lens. Some lenses such as fisheyes take full advantage of barrel distortion by purposely capturing images that are heavily curved and spherical. 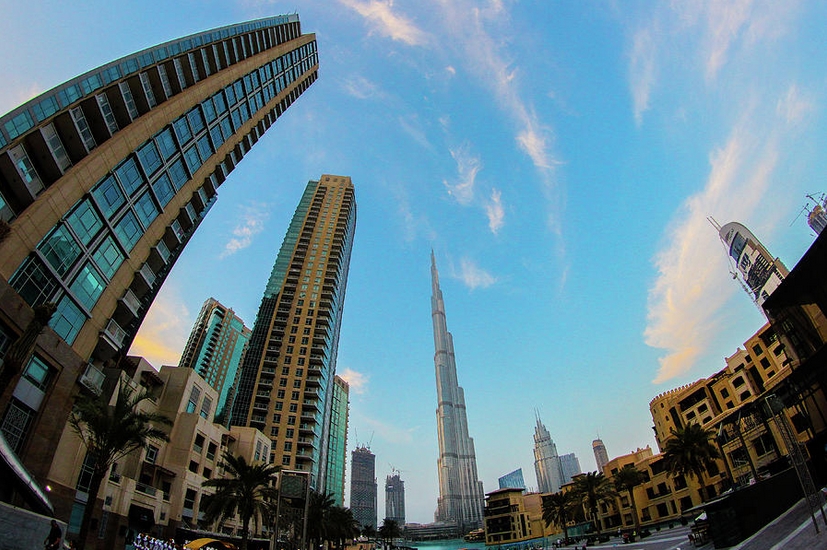 There are common types of lens distortion that affect the coloring of the photos, they are:

It is a defect that darkens the corners of an image due to light falloff around the perimeter of the lens.

It is a defect that appears as a color fringe along the edges of objects, caused by the lens focusing on different colors of light in different planes.

Light straying across the camera lens or a very strong light source can cause ghosting or lens flare. Ghosting is a contrast reducing sheen on an image and lens flares are spots of light in an image. 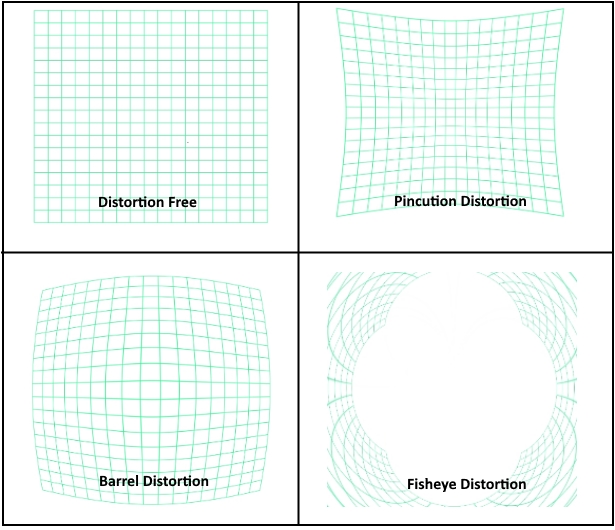 Barrel distortion is a lens defect that causes straight lines to bow out toward the edges of the image. It causes the image to spherize, which means that the edges of the photo look curved and bowed to the human eye. It almost appears as though the photo image has been wrapped around a curved surface. It is most visible in images that have straight lines in them, as these lines appear to bow and curve.

You will most often notice distortion in architectural images where the lines of the buildings bow outward, away from the center of the image. In portraits, it can make subjects look pudgy or large-headed in comparison to the rest of their body.

Pincushion distortion Usually happens at the telephoto end (ie. 200mm) of a zoom lens such as a 70-200mm lens.

A fisheye lens is an ultra-wide-angle lens that produces strong visual distortion intended to create a wide panoramic or hemispherical image.

How to correct the lens distortions

1- There are some general guidelines to reduce lens distortion:

2- Use a photo editing software

Most of the modern photo editing software has at least one way of dealing with lens distortion. You can use Photoshop, Lightroom, ACDSee Pro or whatever software you are familiar with.

I used DxO optics Pro to give you some examples of correcting different types of lens distortions we have already talked about in this article.

The DxO Optics Pro has two alternatives in correcting lens distortion; the first option is the automatic mode, the software uses its optics modules library for different cameras and lenses and picks up the one you are using in capturing the photo and applies the correction automatically. You may need to download the specific optics module file of your camera and lens.

The second option is the manual mode, the software allows you to manually adjust and correct the all types of lenses distortions (vignetting, chromatic aberration, lens flare or ghosting, barrel distortion, pincushion distortion, and fisheye distortion). The below photo is a snapshot of the software interface. 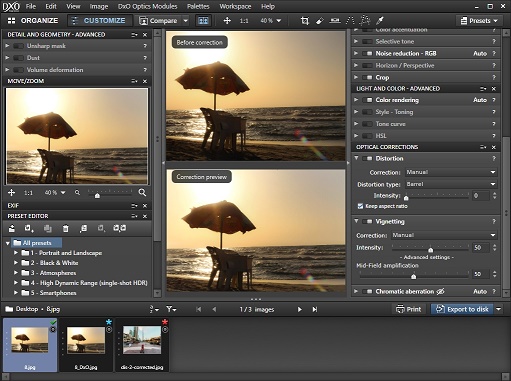 The photo below shows a correction made by DxO Optics Pro for vignetting lens distortion, the lower left corner is less darkened in the corrected photo than before.

The following are examples of correction of the perspective lens distortion

Finally, you can use lens distortion to your advantage by giving viewers a different look at an object they are familiar with. It can be an artistic decision whether or not you want to incorporate the look of distortion into your images, a fish-eye lens, for example, is a great way to practice intentional distortion.

Fisheye lenses for Canon – Top 5 you need to know

Thanks for reading the article, hope you liked it. If you have any comments or questions just leave them in the below box and I will be glad to respond.

Written By
Amin Hashem
More from Amin Hashem
Camera gear is fragile and expensive equipment, and they are designed to...
Read More