Canon’s lenses come in two categories: non-L lenses and L-series lenses. The “L” in L-series; it stands for luxury. L-series lenses are Canon’s professional lenses; they’re designed to meet the needs of working photographers, This means they must not only be well exposed and composed, but also sharp, clear and show good color rendition. In short, professional photographers want peak-performance lenses that are designed to last a lifetime and to be able to produce quality images every time, in all conditions.

If the name of the lens has an L in it after the aperture value, it’s an L-series lens. You can also tell from the designation of the lens, L-series lenses have a red ring around its top. 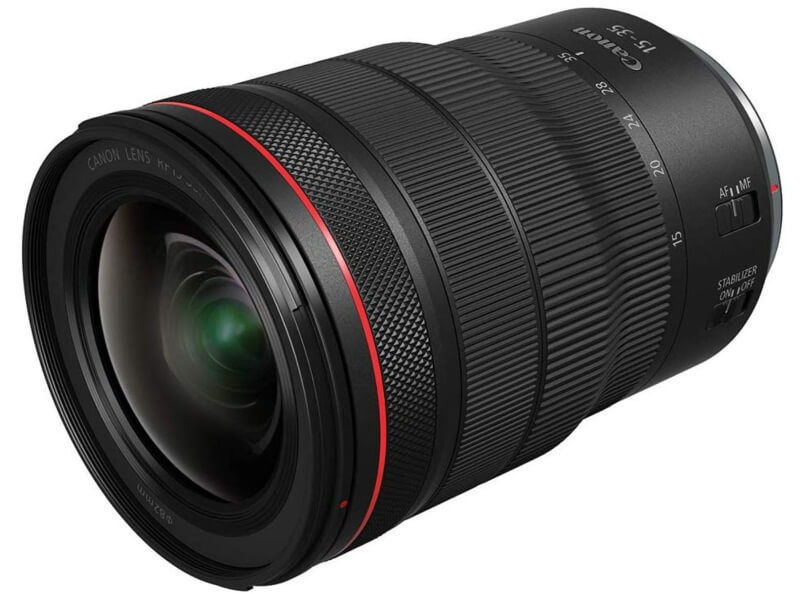 There are a number of factors that differentiate L series lenses from non-L lenses even if they have the same focal length or aperture. These factors are:

Fluorite is a naturally occurring crystal that has three special properties: it transmits the infrared and ultraviolet light well has a very low refractive index and low dispersion.

What does this mean for your images? When light passes through a lens, it refracts. That is, it bends. It also breaks up into its constituent colors, just like light passing through a prism. The lower the refractive index of the lens material, the less it bends and the sharper it can be focused. Similarly, the lower the dispersion ratio, the less the light is broken up, which makes it easier to correct chromatic aberration.

Aspheric lens elements have surfaces that aren’t portions of a sphere, and this more complicated shape focuses light better than a simple lens, reducing various types of aberrations.

Aberration is a property of optical systems such as lenses that causes light to be spread out over some region of space rather than focused to a point. Aberrations cause the image formed by a lens to be blurred or distorted, with the nature of the distortion depending on the type of aberration. Aberration can be defined as a departure of the performance of an optical system from the predictions of paraxial optics. In an imaging system, it occurs when light from one point of an object does not converge into a single point after transmission through the system. Aberrations occur because the simple paraxial theory is not a completely accurate model of the effect of an optical system on light, rather than due to flaws in the optical elements.

With simple lenses, complicated multiple lens designs are often used to reduce aberrations, but alternatively, a single aspheric lens can be used to replace entire groups of lenses. This results in lenses that are not only sharper but smaller and lighter as well.

Super UD glass significantly reduced chromatic aberration and contributed to a compact lens size. Subsequently, the exceptional performance of Super UD glass has been incorporated in a large number of L-series lenses.

Fluorine coatings on the front and rearmost surfaces help prevent dirt and dust from sticking to the lens, making it easy to clean smudges and fingerprints off. While maintaining optical transparency, the coating features enhanced oil- and water-repellency, which means that oil on the lens surface can be removed by wiping with a dry cloth, with no need for lens cleaner or solvent. Static electricity caused by dry-wiping is also reduced, and the extremely smooth surface does not scratch easily.

Flare, also known as “veiling flare”, occurs when light reflects off the lens or other elements such as the lens barrel and mirror box, making part or all of an image appear soft or hazy. 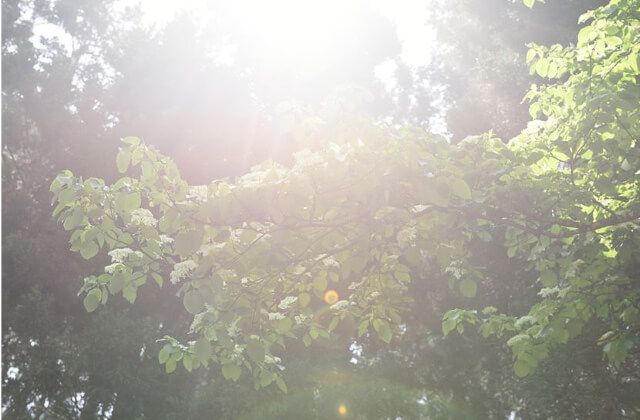 Ghosting, also known as “ghosting flare”, is caused by a strong light source being reflected repeatedly. It appears as a clear artifact that is usually located symmetrically opposite to the light source. 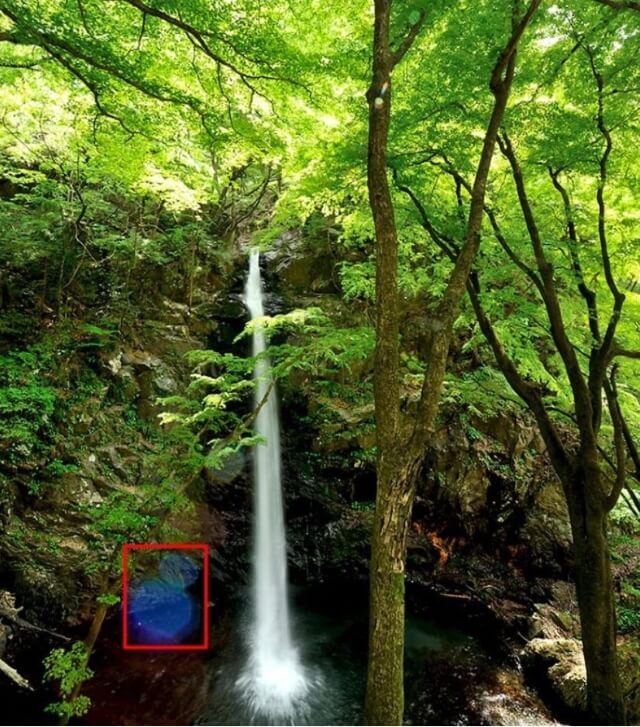 A lens destined for professional use must be able to withstand the rigors of a professional photographer’s working life. This means a rugged build quality that will endure the knocks of everyday use, and weather sealing to protect against every type of adverse conditions.

Accordingly, the L-series lenses feature dust- and weather-resistance, this is provided by the use of rubber sealing at interface areas, such as the lens-to-camera junction, external switches, and around zoom and focus rings. The applied sealing helps keep water and dust from entering the lens. 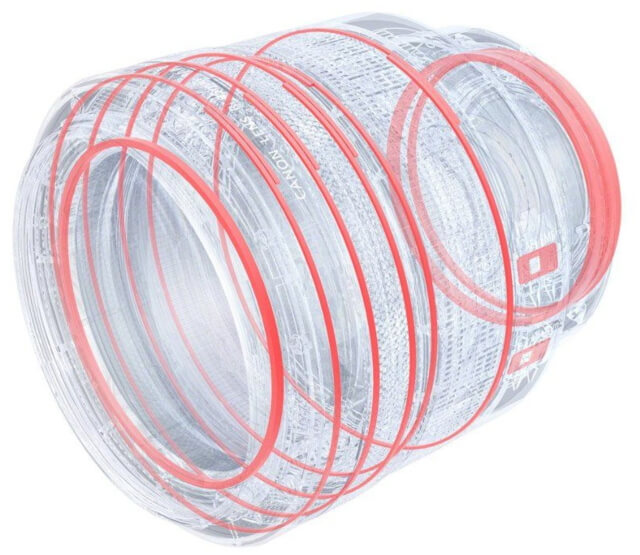 Professional photographers are often forced to shoot in less than ideal lighting conditions. Sometimes this can mean in low light or even at night. The L-series offers wider maximum apertures than other lenses. The L-series lenses all have wider apertures, allowing better low light performance. 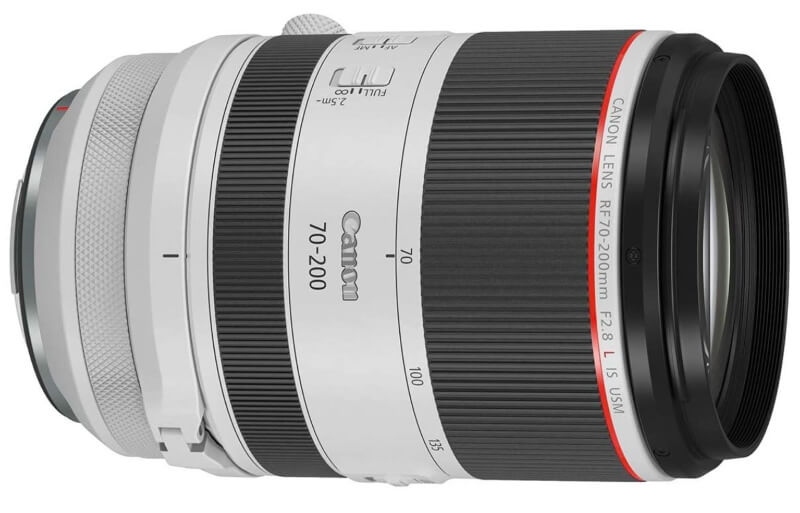 L-series lenses have better autofocus and focus control than non-L lenses. Their autofocus tends to be faster and more accurate. They also have full-time manual focus (even in autofocus modes you can twist the focus ring to adjust) and focus distance scales on the lens, which a lot of non-L lenses lack.

Because of Lenses contain glass elements, they expand with heat. This is not usually a problem with compact lenses − the amount of expansion is small. However, large lenses contain large elements and here expansion can bring a lens close to the limits of its design tolerances. A white surface reflects sunlight, helping to keep the lens cooler. For example, the Canon EF 70-200mm f/2.8L is III USM Lens the lens has large glass elements susceptible to heat expansion. The white lens barrel reflects the rays of the sun and helps to keep the elements cool. 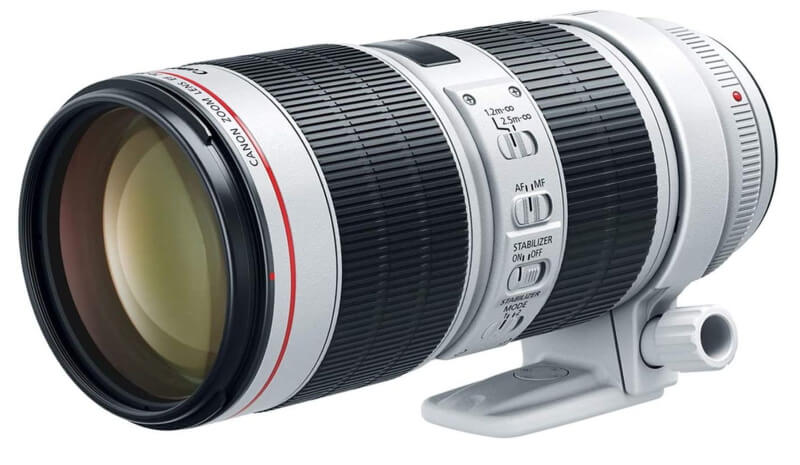 Canon L lenses typically have a non-rotating front element. This is important when using certain filters. When using Graduated Neutral Density filter. It is normally used when you wish to reduce light or darken just part of your image. Think landscape photos where the earth is balanced, but the sky is blown out. This would be an ideal time to use a graduated ND filter to darken the sky. Therefore, it is important to keep up this position of the filter, the dark part toward the sky. If the front part of the lens is rotating, it will alter your filter position.

Where possible, Canon’s L-series lenses all share the same filter size: 77mm. This means you can easily share filters—such as neutral density filters or polarizers—between all your lenses. There are a few L-series lenses that, due to their optical design, have a different filter size but they’re all far more consistent than non-L lenses.

The featured image by Bronisław Dróżka from Pixabay

Written By
Amin Hashem
More from Amin Hashem
Cartoon effects can come in handy for special events and projects. In...
Read More