The main challenge when shooting architectural photography is choosing the right perspective. If you do not use a tilt-shift lens, you’ll have to rely on Photoshop to adjust and change the perspective. The Perspective Warp tool in Photoshop is excellent for correcting perspective. In this article, I’ll show you how to use it, but first let me define perspective, and aspects of a wide-angle lens.

Perspective in photography is defined as the sense of depth or spatial relationship between objects in a photo, along with their dimensions with respect to what the viewer of the image sees. By changing perspective, subjects can appear much smaller or larger than normal, lines can converge differently, and much more.

A wide-angle lens is a lens with a focal length less than 35 mm, therefore it has a very wide angle of view. When we use a wide-angle lens, the following perspective effects are shown: 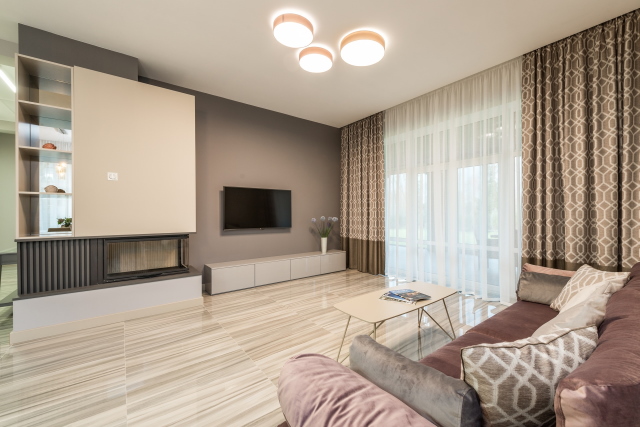 Photo by Max Vakhtbovych from Pexels

How to adjust perspective in Photoshop

Photoshop lets you easily adjust and change your perspective in images. This feature is particularly useful for images having straight lines and flat surfaces, for example, architectural images and images of buildings. You can also use this feature to composite objects having different perspectives in a single image.

Photoshop offers a tool called Perspective Wrap; we will use it, and the below photo to correct the perspective of the building in the following example. 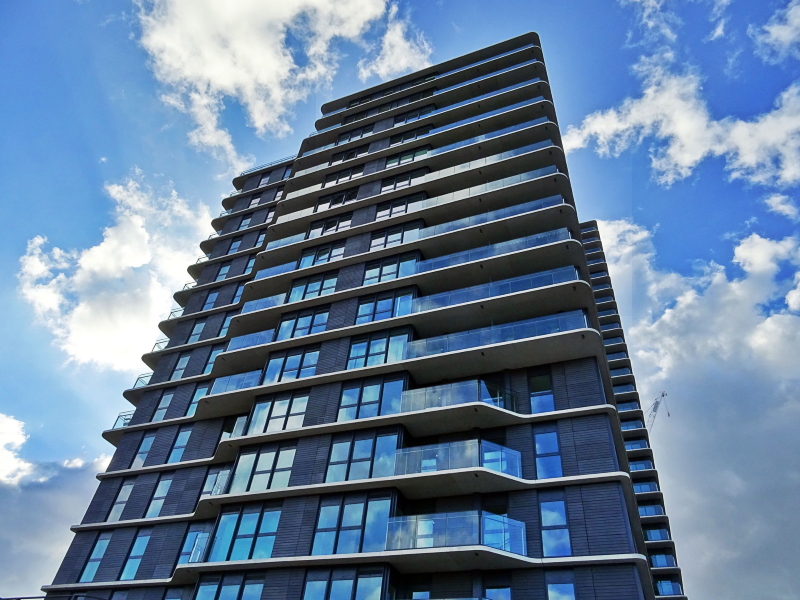 Open the photo in Photoshop

Convert the layer to a smart object (right-click on the layer and choose: Convert to Smart Object)

From the Edit menu, choose the Perspective Wrap tool 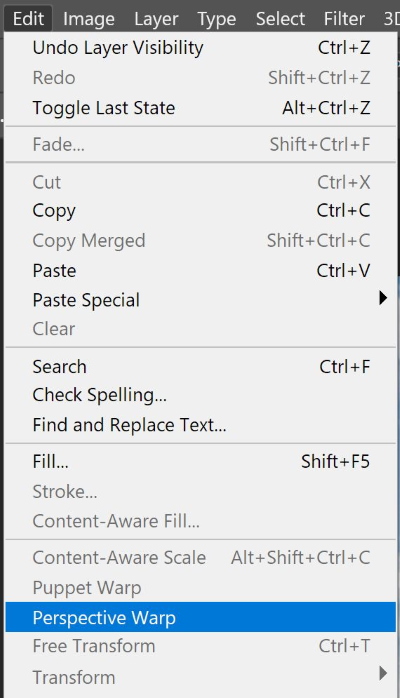 The following menu is shown 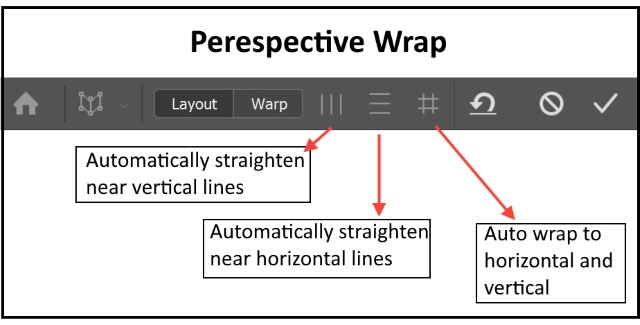 Before you adjust the perspective, you must define the planes of the architecture in the image.

Now, Draw quads along the planes of the architecture in the image. While drawing the quads, try to keep their edges parallel to the straight lines in the architecture. This photo only has one plane. 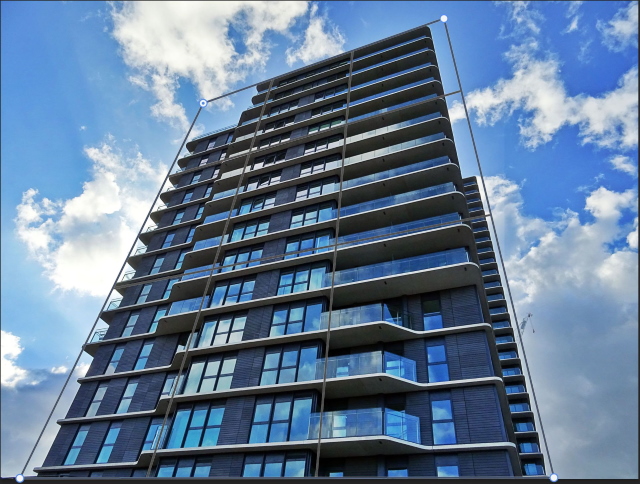 Switch to the Warp mode from the Layout mode.

Move around the corners of the quads (pins) as appropriate. Shift-click an individual edge of a quad to straighten it and keep it straight during further perspective. You may also use the three icons in the top menu to adjust the vertical or the horizontal lines automatically. The result is shown below: 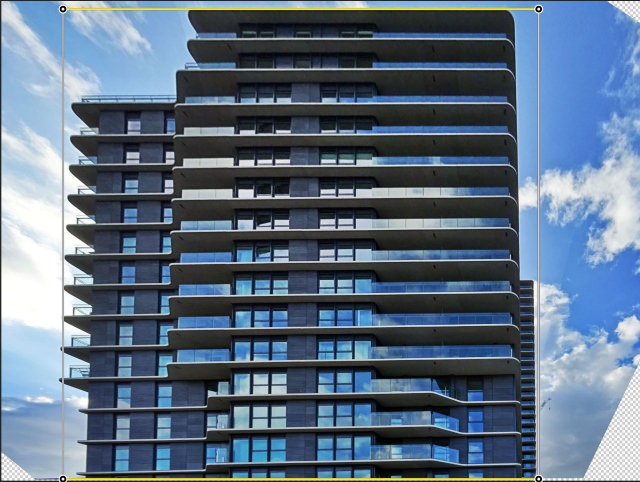 As you can see from the above image there are some areas that are empty. To fill these areas, we will use the content-aware filling tool.

The content-aware tool will not work on a smart layer, so we need to duplicate the layer first (Ctrl+ J), then convert the layer to a normal one by right-clicking the layer and select convert to layers. 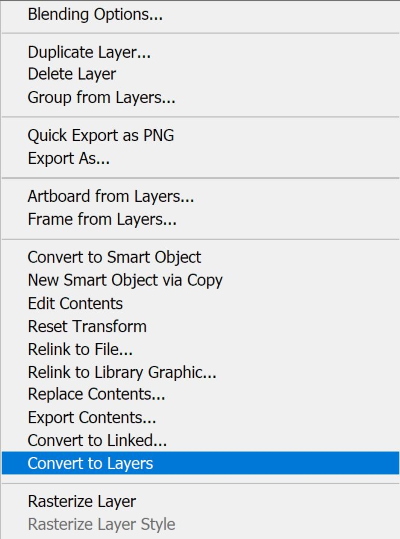 Choose the magic wand tools from the toolbar. Click in the empty spaces to select it. Then expand the selection by 10 pixels (Select > Modify > Expand)

The selection will expand as shown below 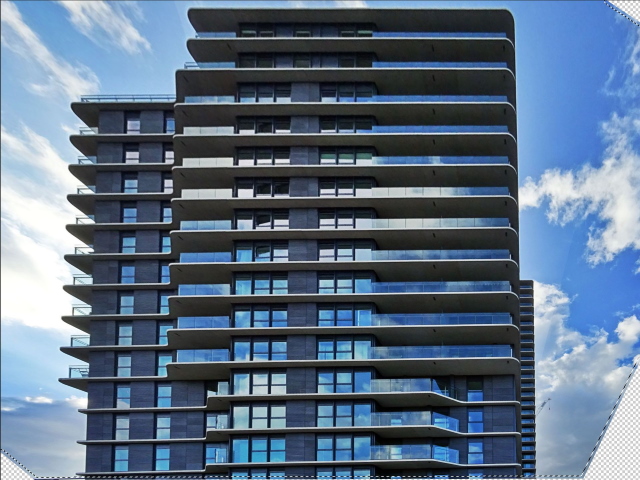 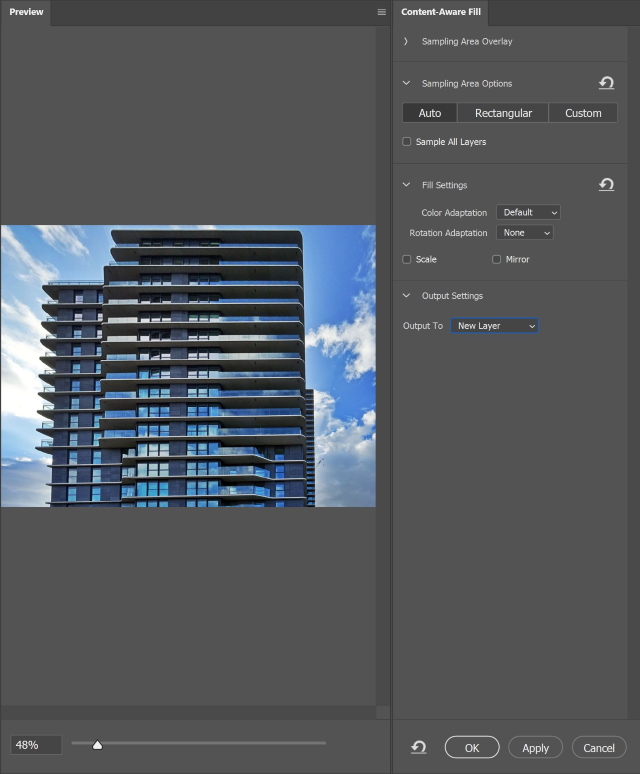 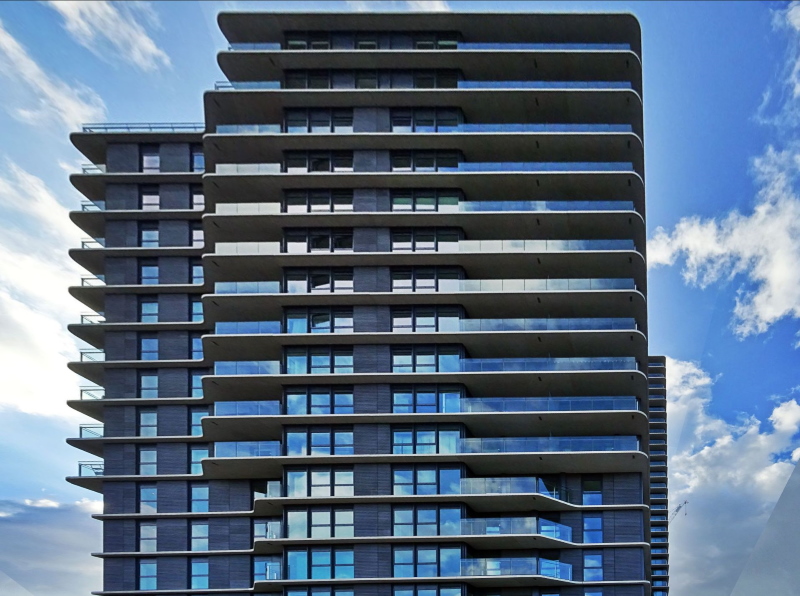 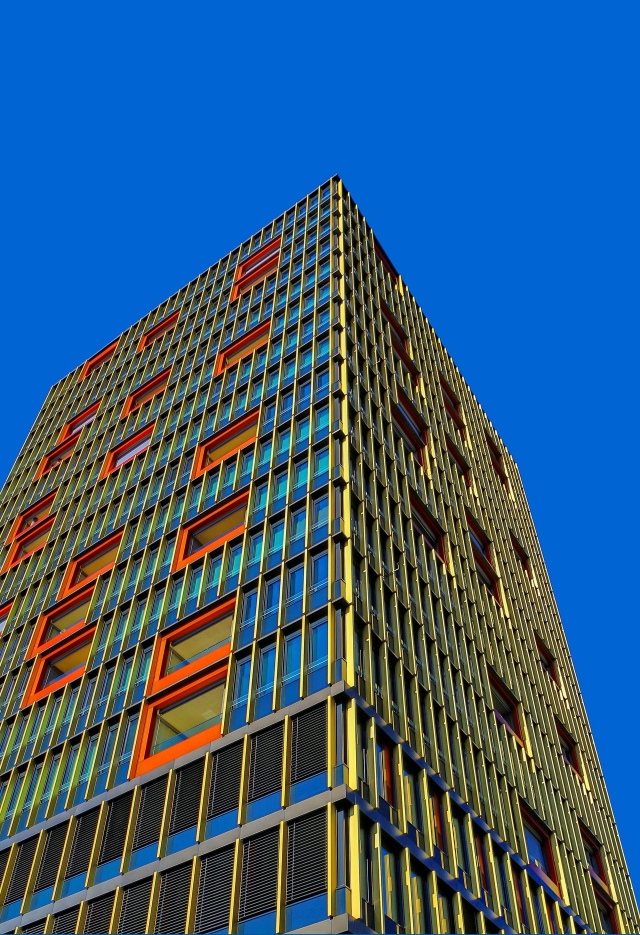 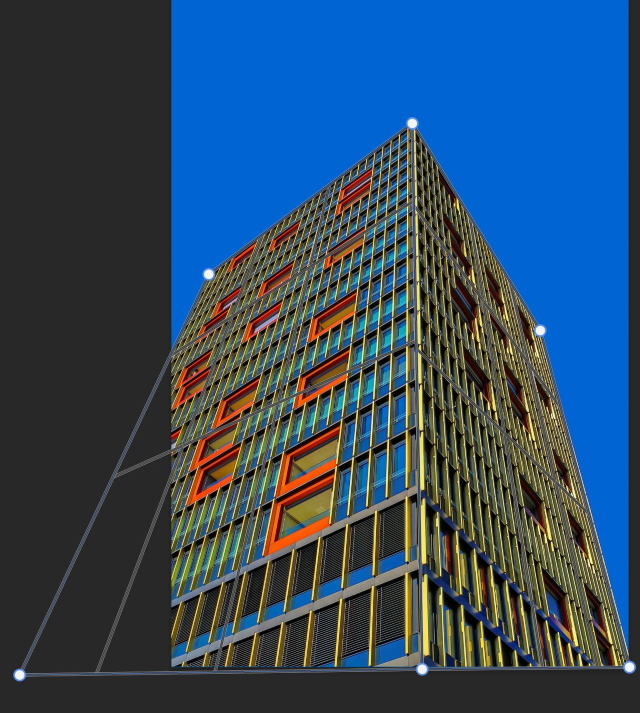 The result after changing the perspective is shown below 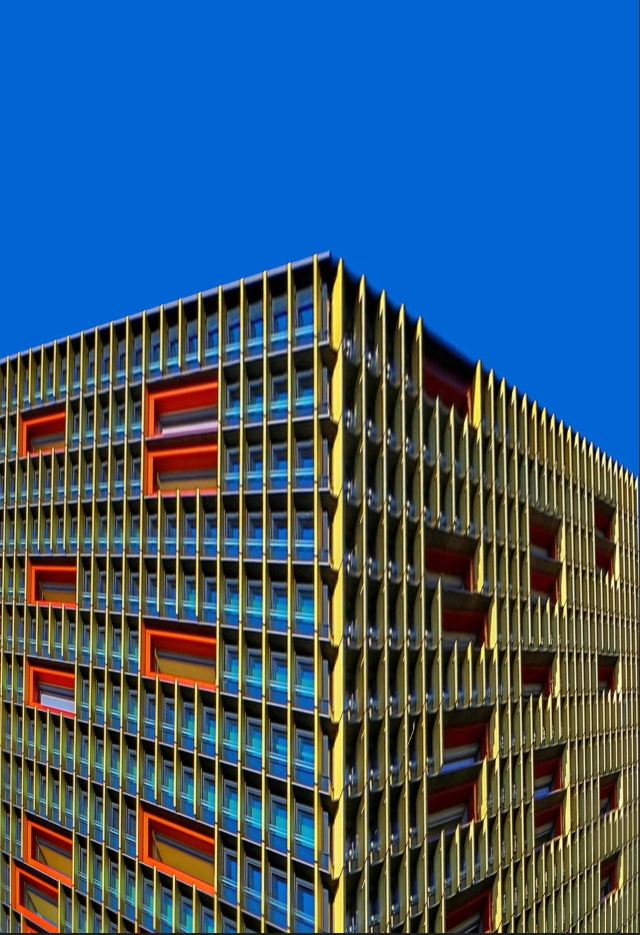 In both previous examples, we were trying to adjust the perspective from a wide-angle view to a telephoto view and change the angle of view from the bottom and up view to near eye-level view.

This is the original photo: 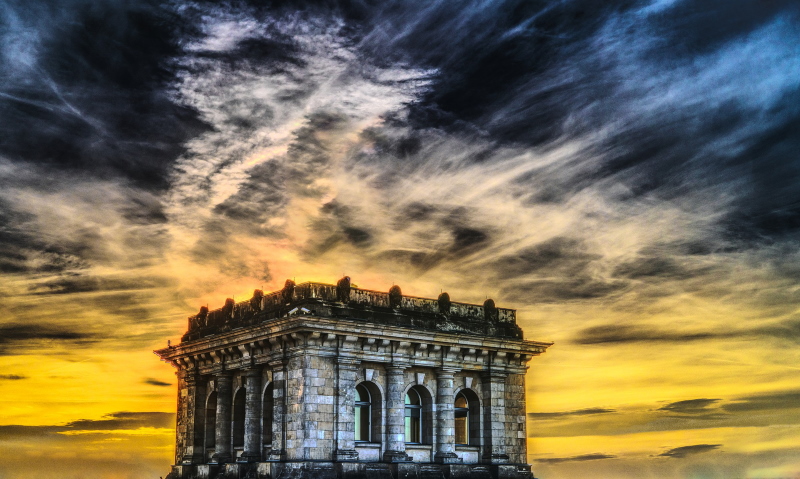 Image by FelixMittermeier from Pixabay

This is the edited photo with an exaggerated perspective 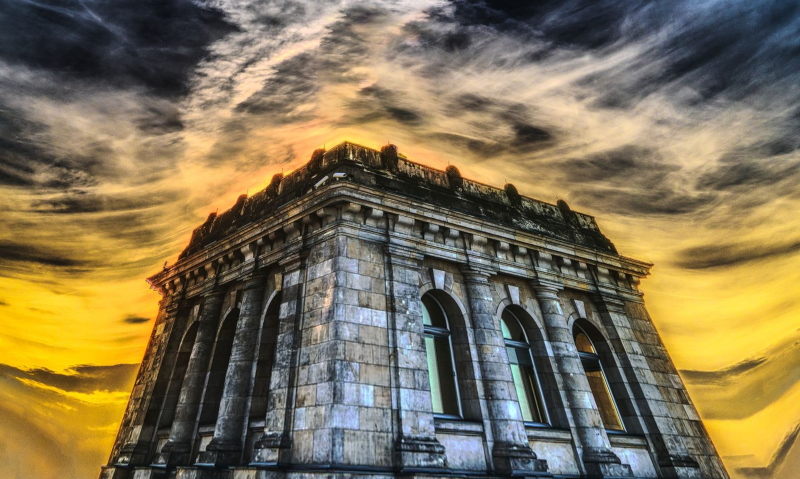 How to Use Tilt-Shift Lens? – Your Ultimate Guide

How to Place Anything Into Perspective In Photoshop

How to Fix Distortion In Photoshop

The featured Photo by Esaias Tan on Unsplash

Written By
Amin Hashem
More from Amin Hashem
Sometimes you take a shot and you think it is amazing. When...
Read More