You are most likely going to replace the camera you buy today at least once before you replace the lens you buy today. A popular lens design might stay in production for a decade or more. For this reason, It is important to know which Canon lens to choose, and it’s worth the time and effort involved to research your options when choosing camera lenses.

Before we get into the various types of lenses, it’s important to know a few terms and basic ideas about lenses so that you can understand what they mean when you’re shopping around. Lenses don’t have fun names, but rather are labeled in letters and numbers. That designation tells you a lot but doesn’t mean much if you don’t know a few terms. We’ll learn what you need to know to understand how lenses are labeled and what those labels mean. 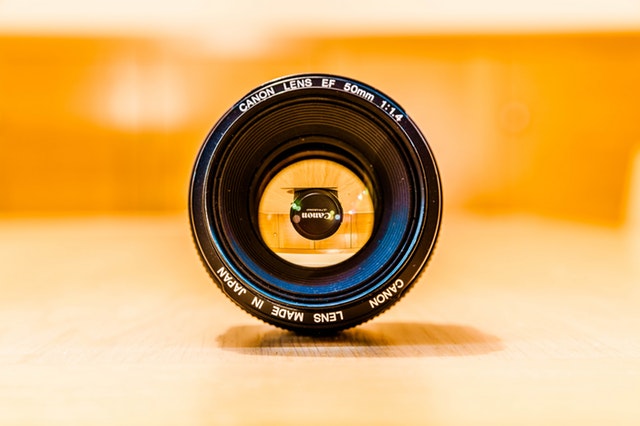 Canon lenses are labeled like this: Canon EF-S 18-135mm f/3.5-5.6 IS USM. That designation tells you a lot but doesn’t mean much if you don’t know a few terms. In the following paragraphs, we’ll learn what you need to know to understand how lenses are labeled and what those labels mean.

Canon uses the following terms to indicate the types and features of each lens: 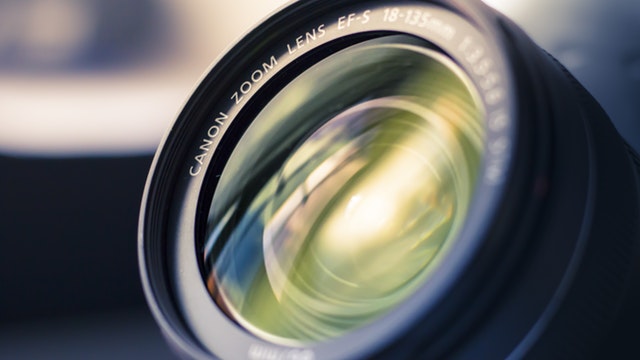 The focal length is the basic description of a photographic lens, usually represented in millimeters. It is not the actual length of the lens, but it is a calculation of an optical distance from the point where light rays converge to form a sharp image to the digital sensor of the digital camera. The focal length of a lens is determined when the lens is focused at infinity, (i.e. when the light rays come approximately horizontal and perpendicular to the lens axis).

For us as photographers, this definition doesn’t mean much, it only tells us that lower numbers indicate a wider view (zoomed out) and larger numbers indicate a closer view (zoomed in). Some lenses are called primes lenses because they only have one focal length, and so they’re simply labeled as 35mm, 50mm, and so on. Other lenses are called zooms lenses because they have a focal range, and so they’re labeled for example 18-135mm, indicating that you can achieve a focal length as wide as 18mm, as close as 135mm, and everything in between.

The value of the focal length also tells us two things:

1-The angle of view (how much of the scene will be captured).

2-The magnification (how large individual elements will be)

The longer the focal length, the narrower the angle of view and the higher the magnification.

The shorter the focal length, the wider the angle of view and the lower the magnification.

For more discussion about focal length, you may check my post >> What Is Focal Length?>>

You’re not stuck with a single aperture. When a lens has only one aperture number, for example, f/1.8 that means that its maximum aperture. Of course, you can change the aperture on your camera to a narrower aperture to allow less light.

There are three distinct families of Canon lenses:

They all are solid-state electronic components that enable fast communication between the camera and the lens. By replacing mechanical parts with electronic data-transfer control, Canon lenses are capable of achieving higher-speed autofocus and precision aperture control.

The EF mount, for use with Canon’s full-frame (24 x 36mm) and APS-C (22.3 x 14.9mm) format DSLRs. Because the Canon EF lenses are designed to cover full-frame sensors, they can also be used on APS-C DSLRs, which have smaller (1.6x crop factor) surface areas.

The EF-S mount, for use exclusively with Canon’s APS-C format DSLRs. Using mounting EF-S lenses on full-frame EF mounts—is not possible because the image circles of EF-S lenses are smaller than the circle size needed to cover a full-frame sensor.

The EF-M mount, designed for use exclusively with Canon EOS M mirrorless cameras. Though EF-S and EF-M lenses are both designed to cover the same APS-C format image field, they are entirely different in design and cannot be used interchangeably.

A tilt-shift or perspective-control lens is a specialized lens that has the ability to moderately rotate the image focal plane with a pitch or yaw, as well as skew the image perspective. This is possible by additional design features that allow the lens to physically tilt, shift, and rotate. The Tilt-Shift Lens has three types of Movements. The first one is the shift movement, where the lens moves parallel to its original axis, the second movement is the tilt, where the lens moves around a pivot to make an angle with its original axis, and The third movement is the rotation of the lens, this allows you to shift and tilt the lens not only vertically or horizontally, but at any plan.

The key benefit of a Stepping Motor Drives (STM) technology is its ability to focus the lens silently when shooting video with sound. Stepping motor drives are currently used by all Canon EF-M lenses and select EF-S lenses.

Depending on the lighting, the focal length, and the maximum aperture of a lens, there comes a point at which it becomes increasingly difficult to capture sharp pictures due to camera shake. As a rule, it’s not advisable to handhold a camera at a shutter speed slower than the numerical value of the focal length of the lens being used on a full-frame 35mm camera (1/focal length-second). For example, if you are using a 50mm lens on a full-frame camera, do not hand holds the camera at speeds slower than 1/50-second.

Image stabilization (IS) is incorporated into certain lenses in order to minimize the appearance of camera shake and enable greater handholding capabilities. IS system relies on twin oscillating gyroscopes that detect shake-related disturbances’ path to the image and corrects them by shifting an independent image-stabilizing lens group on a plane opposite to the direction of the lens movement, which cancels out the movement, maintaining an unbroken path for the incoming light rays.

Unlike other manufacturers’ image-stabilization systems, which should be turned off when using a tripod or monopod, Canon IS lenses are designed to detect these support devices and automatically disengage the IS system.

Diffractive optics are made up of two or three glass elements, each of which has been coated on both sides with diffractive coatings, and bonded together into a single, multilayer DO element. The advantage of DO elements is that they make it possible to manufacture smaller and lighter high-performance zoom lenses. In short, what it means is that the lens contains superior characteristics that allow it to take sharper photographs. Furthermore, DO lenses are smaller and lighter than non-DO lenses. 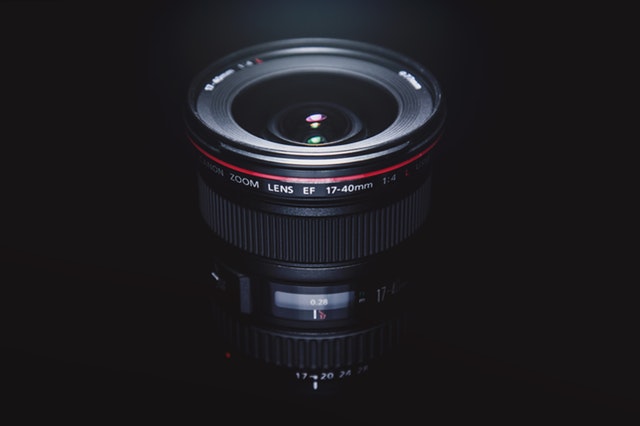 More Canon features (not included in the designation)

Rather than transferring mechanical motion from the camera body to the lens via a mechanical linkage, and in order to control the size of the aperture diaphragm an electromagnetic diaphragm uses a small motor inside the lens to move the diaphragm based on electrical communication between the camera and lens.

There are a few advantages to using an electromagnetic diaphragm:

The moving parts are all inside the lens and protected from potential damage when the camera and lens are connected and disconnected from each other.

Small micro-servos can be extremely fast and move the blades of the aperture diaphragm in less time than the older mechanical linkage.

It can be very difficult to shift focus fast enough to capture all the action, especially When shooting a fast-moving subject with longer focal length lenses. Canon telephoto lenses offer a feature called focus-preset control that enables you to pre-focus the lens at a set distance from the camera position.

A very handy feature found on many of Canon’s longer telephoto and zoom lenses are Focus Lock buttons. Located along the circumference of the forward portion of the lens, Focus Lock function is essentially a cut-off switch of the AF motor when shooting in Continuous AF mode, and it comes in handy when you want to lock the focus at a specific point in the image area.

How to choose a lens:

Choosing a lens is a very difficult task, and it’s complicated by the fact that two lenses often appear the same on paper but vary in price considerably.

There are hundreds of lenses currently available. My recommendation is, you start by trying to narrowing down your selection to a shorter list. Canon has a Lens Selector which I found very easy and you will end up with a short list of recommended lenses that fulfills your needs, then you can go through the short list and investigate more deeply and read many reviews until you settle down to a specific choice.

You begin the process by stating your Canon camera model, then choose among five options related to your intended use of the lens, and then choose between Versatility and Portability, the output will then appears and a short list is presented to you according to your needs.

Another site that offers laboratory tests and evaluation scores for different types of lenses. The DxOMark provides three types of image quality scores for lenses mounted on a camera: the DxOMark Score, five metric scores, and five Use Case Scores.  A screenshot of the site is shown below. 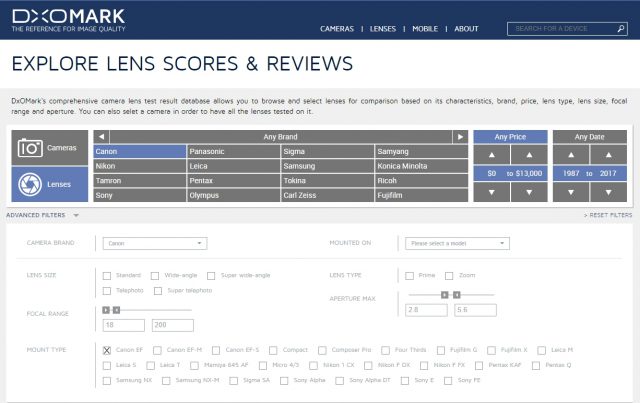 Thanks for reading the article, hope you found it useful. If you have any question or need more information, just leave it in the box below and I will be glad to answer.

In case you like the site, please remember to subscribe, we will only email you if there is a new article posted.